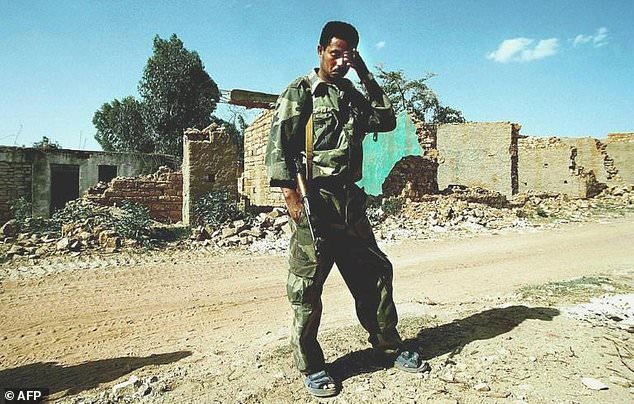 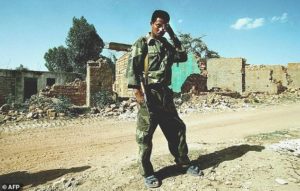 Two land border crossings between Ethiopia and Eritrea were reopened Tuesday for the first time in 20 years, crowning a rapid reconciliation between the former bitter enemies.

The ensuing cold war stymied development and trade, and undermined regional security, but in a surprise move earlier this year, Abiy began peace overtures, which were welcomed by Eritrea.

Key to this was Abiy’s acceptance in June of a UN-backed court ruling in 2002 demarcating the contested border and handing back some occupied territory to Eritrea, including the disputed town of Badme.

On Tuesday — a national holiday to mark Ethiopian New Year — Abiy and Isaias, dressed in military fatigues, paid a joint visit to the disputed eastern border zone that both countries have claimed. Soldiers lined the road to mark its reopening.

Abiy’s chief of staff, Fitsum Arega, said the visit was, “to celebrate the New Year with members of the Ethiopian and Eritrean Defence Forces following the full normalisation of the relations between the two countries.”

At Zalambessa, soldiers manning the crossing on a rough road that cuts through the shared no man’s land together dismantled piles of sandbags while a red carpet was rolled over the potholes and flags were raised for the border’s ceremonial reopening.

A live broadcast on Ethiopian state television showed a large cheering crowd celebrating the reopening of the road with soldiers and civilians from both countries dancing together and greeting one another.

Neither leader spoke at the event which was instead addressed by Debretsion Gebremichael, president of the Tigray region on the Ethiopian side of the border.

“By partnering in place of disintegration, by helping each other at the expense of sabotaging each other, we can move forward,” Gebremichael said.

“The bell for peace and development has rung waiting for us to be a model of peace, brotherhood and partnership in the coming years.” 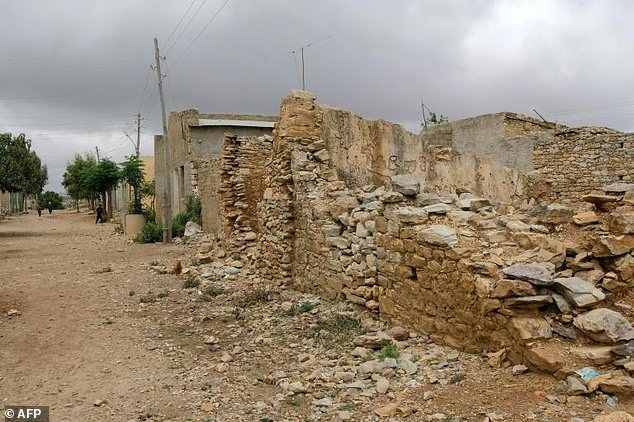 A house in Zalambessa which was destroyed during the war

The once-bustling commercial town on what was the main highway between Addis Ababa and Asmara was all but levelled during the 1998-2000 border war, that killed around 80,000 people. Despite being rebuilt, Zalambessa was rendered a ghost town by the closing of the border.

The reopening of border posts is more than symbolism.

Booming but landlocked Ethiopia is eager to secure access to Eritrea’s Red Sea coast for its imports and exports, while Eritrea’s stunted economy will benefit from increasing regional commerce.

The route through Bure-Debay Sima leads to the port at Assab while the road via Zalambessa-Serha reaches Massawa.

Tuesday’s ceremonies were just the latest steps in a rapid diplomatic thaw that has seen Ethiopia and Eritrea restore air links, telephone lines and trade routes, and re-establish diplomatic missions.

Once a province of Ethiopia, Eritrea fought a long independence war, eventually seceding in 1993, but five years later conflict broke out again.

Hardliners on both sides — including Isaias, Eritrea’s first and only president — ensured that neither side backed down over the border dispute. 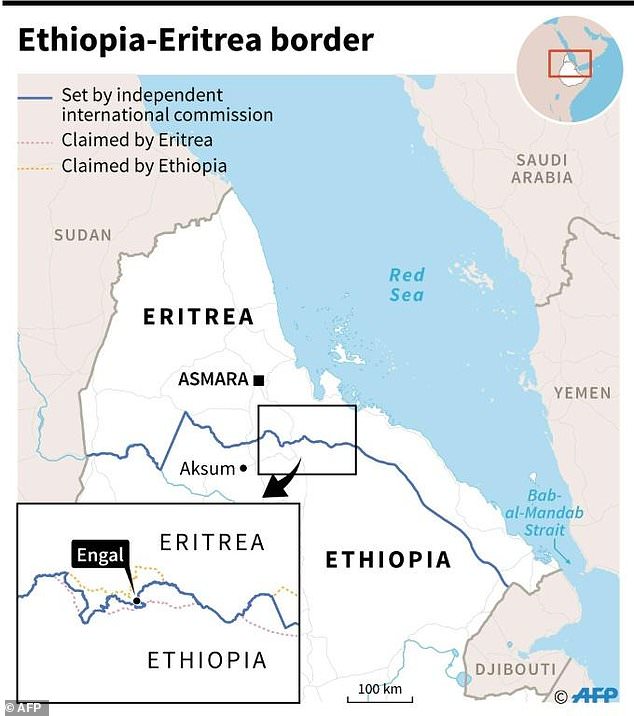 Each nation has supported the other’s rebels and the long cold war periodically erupted in fighting.

Isaias used the threat of attacks by its much larger southern neighbour to institute a from of perpetual national service that the UN has compared to slavery. Repression at home drove Eritreans to flee, many of them making the long and perilous journey to Europe.

But since coming to power in April, Abiy has begun implementing a breakneck reform programme aimed at defusing anti-government protests and repairing relations with neighbours, chief among them Eritrea.