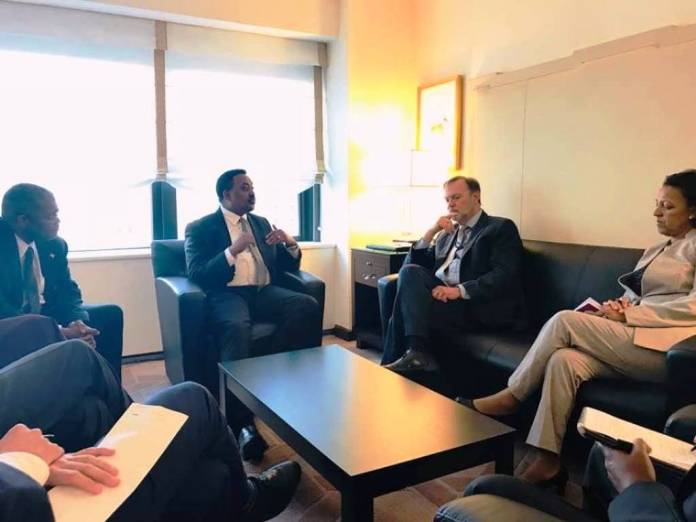 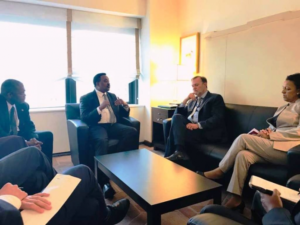 Workneh who is in New York to attend the 73rd UNGA, said the remard during a sideline discussion he held with Tibor P.Nagy Assistant Secretary of State for African Affairs.

Workneh briefed the Assistant Secretary of State about the country’s commitment towards deepening democracy mentioning the ongoing reform.

In its recently launched sweeping reform Ethiopia is working to widen political space and further democracy.

Noting the negative impact of clashes observed in parts of the country, Workneh asserted that the Horn African nation won’t derail from its journey towards democracy and development by this situation saying “Ethiopia is too big to fail”.

Lauding the reform, Assistant Secretary of State Tibor said that the U.S. will continue to work together with the government of Ethiopia to support the smooth transition to democracy and stability.

He also lauded the ongoing positive development of peace in the Horn of Africa, which shows the commitment of Ethiopia in bringing lasting peace to the region and integration.

Assistant Secretary of State has also said that Ethiopia remains a priority to the U.S. administration in its endeavor for peace and stability in the region.,

cording to the Ministry of Foreign Affairs.