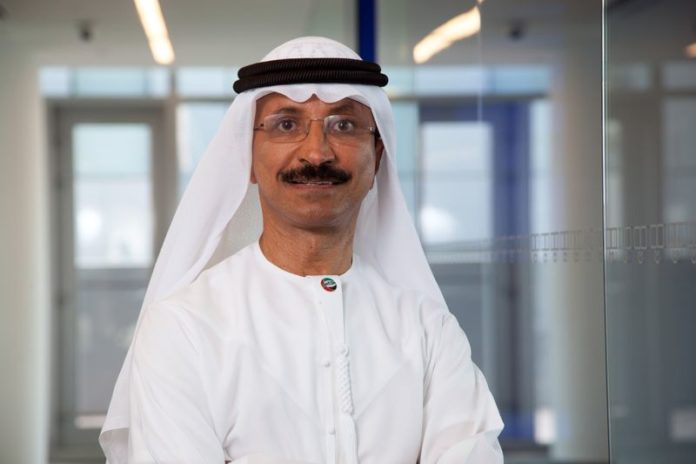 The Red Sea state of Eritrea may play a key role in DP World Ltd.’s plans in the Horn of Africa, where a dozen ports could be needed to service the region, Chief Executive Officer Sultan Ahmed bin Sulayem said.

The Dubai-based state-controlled harbor operator is evaluating its strategy in the region after having its stake in a port in Djibouti — the main trade route for Ethiopia, Africa’s fastest-growing economy — nationalized by the government.
Developing more ports in the Horn, including one it’s already building at Berbera in the self-declared republic of Somaliland, will help boost trade flows to Dubai, Bin Sulayem said in an interview.

Eritrea’s strategic location near the Bab el-Mandeb Strait, a key shipping lane used by oil tankers and other cargo vessels en route to the Suez Canal, makes it an attractive investment destination for logistics companies. It’s also a gateway to other nations in the region, the CEO said.

“Eritrea is going to have a major role,” Bin Sulayem said. “We believe that the way we should look at the Horn of Africa is not at Eritrea alone, but add to the equation South Sudan, other parts of Sudan, and Eritrea’s needs, and then the Ethiopian population.”

The company has been carrying out assessments throughout the region, Bin Sulayem said. He declined to specify how many harbors it’s targeting of the 10 to 12 it estimates the region requires.

Eritrea is normalizing its foreign relations after signing a historic peace deal in July with neighboring Ethiopia, Africa’s second-most populous nation with 105 million people. The two countries fought a border war two decades ago that claimed as many as 100,000 lives.

DP World will consider what the government’s plans are at the port city of Assab and “will be there like everybody else” if asked to invest, Bin Sulayem said. Eritrean Information Minister Yemane Gebremeskel said he couldn’t comment on whether the ports of Assab and Massawa will be opened for tender.

Eritrea may provide an alternative trade route for the region instead of Djibouti, where DP World is in a legal dispute with the government after it nationalized the Doraleh Container Terminal last month. That followed a U.K. tribunal ruling that Djibouti’s cancellation in February of DP World’s contract to run DCT was unlawful.
Dispute Resolution

Djibouti’s government hasn’t approached DP World directly or indirectly with an offer of a settlement, Bin Sulayem said. Djibouti’s ports authority chairman, Aboubaker Omar Hadi, said in an emailed response to questions he met Bin Sulayem in January where they discussed possible compensation, though details of that have yet to be worked out.

“That’s the only way out: compensation,” Aboubaker said. “But we believe that they are not interested in money. They want more than money. They want to freeze any maritime infrastructure development on the 354 kilometers of the coast in the entire country for the next 50 years.”

Elsewhere in the region, DP World is interested in helping develop Kenya’s Mombasa port, and in helping Ethiopia establish a logistics facility, he said.

Ethiopian Prime Minister Abiy Ahmed this year pledged to co-develop four unidentified seaports in Somalia with Somalia’s federal government. While DP World’s involved only in Somaliland and in the Bossaso port in neighboring semi-autonomous Puntland, it will consider more Somali ports if further offers are made, Bin Sulayem said.

Somaliland, which has declared independence from Somalia, hosts a United Arab Emirates military facility at Berbera, though Bin Sulayem said the base won’t have a bearing on its investment plans.

“Whatever the U.A.E. does is to improve trade relations because that is our bread and butter,” Bin Sulayem said. “There is no political agenda of the U.A.E. in Africa. Our agenda is trade.”