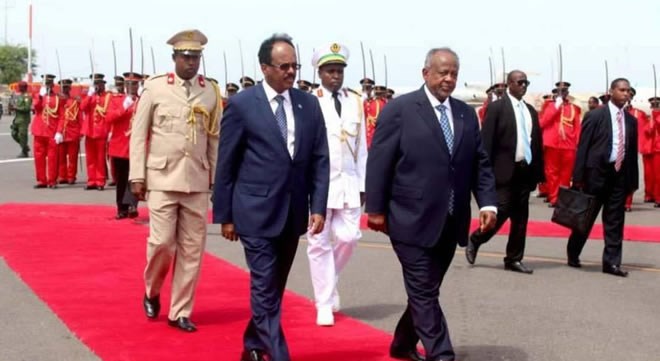 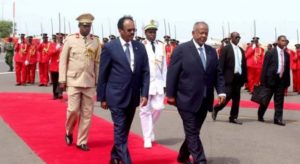 The recent rapprochement between Ethiopia and Eritrea is a welcome development in a region beset by calamities of wars, draught and man-made disasters.  Reconciliation between these two blood and ethnic related neighbors and ending 20 year of hostilities was long overdue.  Credit goes to the two leaders, their people who embraced it wholeheartedly and others who might have supported behind the scene.  However, the problems in the region are deeper and intertwined.  Addressing one without looking at others does not serve the purpose.  These issues need a regional and broader political settlement instead of jerry picking the none that suits ones political agenda.

When the border war erupted between Ethiopia and Eritrea, Djibouti opened its maritime borders to Ethiopia without any conditionalities and helped ease the economic crisis brought by the sudden closure of Ethiopia’s only maritime access.  As a small country, Djibouti has become the lifeline of millions of Ethiopians and shouldered a huge burden in trying to accommodate hundreds of thousands of trucks and people moving in and out of Djibouti ports. There has never been a better example on how Djibouti handled these crises and continued it for over 20 years to this day without a hitch.  Ethiopian leadership and its people should not forget that.

Djibouti’s legitimate concerns with Eritrea has the same dynamics with the dispute between Ethiopia and Eritrea.  Djibouti claims that Eritrea is occupying some parts of its territory and during a brief but bloody confrontation, Eritrean forces took Djibouti prisoners of war (POWs).  Djibouti has tried to deal with these issues at the regional, continental and international bodies without success.  It has therefore taken the issue to a binding arbitration and to the United Nations Security Council to intervene.

By following international norms and treaties, Djibouti has also demonstrated political maturity and goodwill to deal these issues.  The steps taken by Djibouti are similar to the ones that awarded Eritrea the contested area of Badame.  A violent war ensued that ended in stalemate with a death toll of over 80,000 from both sides.  It is therefore only logical that Eritrea would have wholeheartedly accepted Djibouti’s political approach and should have released the Djibouti POWs as a sign of goodwill.

As Eritrea now moves to regain its position and influence in the region and beyond, it must address its disputes with Djibouti and Sudan to pave the way for a unified and peaceful region.  There are other territorial disputes between Ethiopia and Sudan and between Egypt and Sudan that have not resulted in border wars.  These countries have opted political engagements to find solutions to these colonial legacies.  Eritrea should emulate these standards as well.

Relations between Somalia, Djibouti and the recent visit by the Somali president to Eritrea

The visit by the Somali president to Eritrea in 28 July and the final communique calling for the UN sanctions on Eritrea to be lifted has created a political storm in the two brotherly countries.  Regrettably, the undiplomatic statement by Djibouti’s envoy in Mogadishu has exacerbated the situation.

Somalia will never forsake its historic relations with Djibouti, its people and President Ghelle in person who has tried relentlessly and everything humanely possible to help bring Somalia regain their lost glory.    It is therefore incumbent upon the Somali leadership and its people to immediately embark to clarify the contents of the communique with the Djibouti leaders and find common ground to put our relations back on track.

Somali people and its leadership should stand shoulder to shoulder with Djibouti and approach Eritrea to solve the territorial dispute with Djibouti for the larger good of the region.  Relations between Somalia and Eritrea has always been warm and cordial dating back Somalia’s full support during Eritrea’s long struggle to statehood.

Its only then that Somalia, Djibouti, Eritrea, Sudan, Ethiopia and other countries in the region could move in unison to develop the region and address the fundamental problems of insecurity, underdevelopment, poverty and backwardness faced by our people.  We don’t expect others to do it for us.  We owe it to our people and we should all embrace the new dawn in the region.