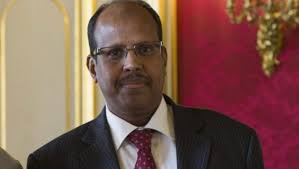 Djibouti, Dhu-AlQa’dah 25, 1439, Aug 7, 2018, — The Republic of Djibouti has expressed its condemnation and denunciation of the Canadian interventions in the internal affairs of the Kingdom of Saudi Arabia, affirming its absolute solidarity and full stand with the Kingdom in countering such interventions and confronting all those who seek to infringe on its sovereignty.
Djibouti Ministry of Foreign Affairs and International Cooperation expressed, in a statement today its full confidence in the wise leadership of the Custodian of the Two Holy Mosques King Salman bin Abdulaziz Al Saud and his government in defending the rights of Arab countries and the Islamic world.
–SPA