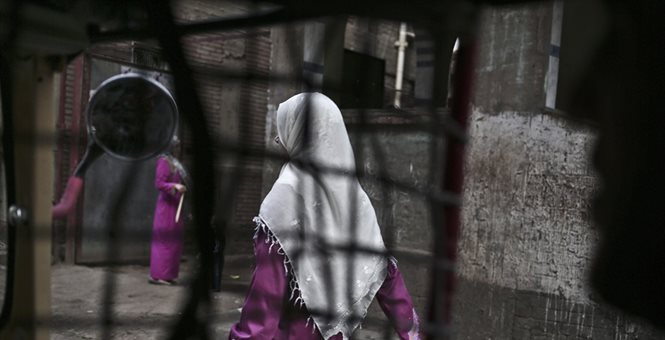 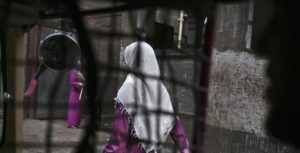 Last month, a 10-year-old Somali girl bled to death as a direct result of being subjected to female genital mutilation. In Somalia, FGM is not outlawed and is universally practiced, despite its enormous serious health consequences.

The 10-year-old was rushed to a local hospital and Dr. Abdirahman Omar Hassan, the doctor who treated her, described her injuries:

“Her whole female genital tract had been removed…it’s type 4 FGM,” he said. “She was brought in two days after they cut her, she was already infected with tetanus. I have never seen this kind of mutilation. And I have treated many bad FGM cases here because it is so common. She was bleeding and convulsing. We tried to save her, but she died an hour later.”

In Somalia, the cruel reality is that 98 percent of girls are subjected to FGM. In 2016, it was reported that Britain has the highest number of Somalis in Europe with over 98,000 Somalis residing in Britain. Across the Atlantic, the Somali population is estimated to be as high as 150,000 in the U.S. The reality is that immigrants bring their ancient practices with them when they migrant to a new country.

Despite attempts by proponents to minimize the practice of FGM as a mere “nick” or “pin prick,” FGM causes lifelong pain and suffering, and sometimes—as in this tragic case—death. There cannot be tolerance or indulgence of cultural or religious practices that are clearly anti-female and most importantly, potentially fatal and blatantly dangerous child abuse.

The defense in the pending federal case of Dr. Jumana Nagarwala and two others in Michigan describes the procedure of FGM practiced in the Dawoodi Bohra Shia Muslim Sect as a ritual nick or prick. FGM survivor Mariya Taher, however, rejects that categorization and describes FGM as “a form of gender violence. It’s a form of child abuse. It’s oppression.” Taher demands an end to FGM.

“We can’t have this happening … Whether it’s a tradition, for religious reasons or for sex, I see all of it as controlling someone,” Taher told the Detroit Free Press. F.A. Cole, another FGM survivor, describes it as a “demonic practice.”

The Center for Disease Control estimates that 513,000 girls and women are at risk of female genital mutilation in the United States. As incomprehensible and barbaric as this practice is, FGM is growing exponentially right here in America.

Incredibly, there are still 23 states that have not criminalized female genital mutilation. Shockingly, Maine failed to pass an anti-FGM bill after several attempts. The bill failed along party lines with Democrats voting down the FGM crime bill. New Hampshire was the latest state to stand up for girls and women, as Gov. Chris Sununu signed an anti-FGM bill into law this summer.

Do not be fooled. Female genital mutilation is not a nick or a pinprick. Just ask those that must live with its devastating consequences every day.

(Elizabeth Yore is an international child protection attorney who heads the national EndFGMToday initiative at EndFGMToday.com.)