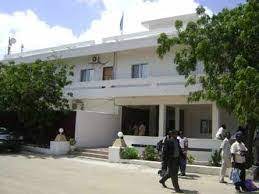 The Commander of Somalia’s Presidential guards has been put under arrest after he deployed troops to seize the PM’s office.

Gov’t officials described the move as a failed coup attempt staged by the president.

The President had accused Roble of stealing public land belonging to the coast guard hours earlier.

Colonel Ahmed Gelle has been appointed as the new presidential guard commander, a day after power struggle between Somalia’s most powerful leaders reached new heights.

Somalia’s defense minister, Abdulkadir Mohamed Nur appealed the defense forces to support ongoing manhunt operations aimed at arresting the ringleaders of the coup and urged them to take orders from the PM.