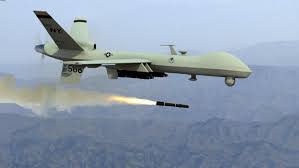 STUTTGART, Germany — A U.S. counterterrorism unit inaccurately reported the deaths of two civilians in Somalia following an airstrike, U.S. Africa Command said Friday, marking the first public acknowledgement that noncombatants have been killed in the military’s expanded bombing campaign in the country.

AFRICOM determined that the deaths in 2018 were improperly passed up to headquarters, following a command review of more than two years of airstrikes.

“Because of the reporting error, U.S. Africa Command was not informed of the assessment’s conclusion — and subsequently the information was not reported to external authorities, such as the host nation and Congress,” AFRICOM said in a statement.

Marine Corps Maj. Gen. Gregg Olson, AFRICOM’s director of operations, said Friday it’s too early to say whether a lower level unit in Somalia intentionally concealed the casualties, and that a broader review is ongoing.

“We are looking into this breakdown in reporting… and how different information would be held at two different levels of AFRICOM particularly for as long as it has been,” Olson said. “So we are very interested in reviewing the circumstances that went into how this report was provided to us so late and we are going to get resolution on that as well.”

Olson told reporters that the counterterrorism unit determined by the summer of 2018 that there were two civilian casualties — a woman and a child — but had failed to report it up the chain of command.

The information came to light after AFRICOM boss Gen. Thomas Waldhauser ordered a review on March 22 to examine airstrikes and allegations of civilian casualties.

Olson said the command is unaware of other incidents, but “our review continues and should we find additional information we will be transparent about that.”

The airstrike was not one of the cases presented by Amnesty International, which released a report in March alleging that at least 18 civilians have been killed in five airstrikes that it reviewed.

AFRICOM denied the group’s allegations, saying no civilians were killed during those strikes.

“Credibility, transparency, and accountability are fundamental to military operations,” Waldhauser said in a statement. “It is critically important that people understand we adhere to exacting standards and when we fall short, we acknowledge shortcomings and take appropriate action.”

AFRICOM said it was notified about the deaths on March 30 of this year. The information was the result of a post-strike internal assessment conducted in April 2018 that found credible evidence of the two civilian deaths.

AFRICOM first reported in 2018 that it killed five al-Shabab terrorists and assessed that “no civilians were killed in this airstrike.”

Because they were unaware of their subordinate unit’s findings, they said, senior leaders stated during congressional testimony and media engagements that U.S. forces had caused zero civilian casualties in Africa.

Somali officials have been notified of the civilian deaths, AFRICOM said.

The U.S. military presence in Somalia also has grown as U.S. forces assist local troops in the battle against al-Qaida aligned militants.

Olson said in a statement that the command works to minimize casualties.

“If an innocent loss of life occurs, we are committed to being transparent and learning from this regrettable incident to prevent future occurrences,” Olson said.