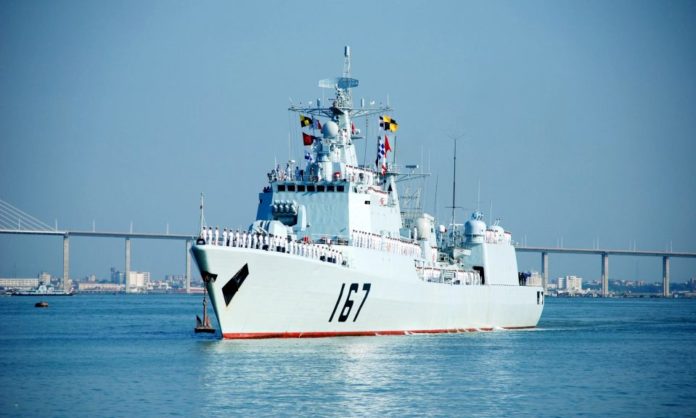 The PLA Navy is doing good work off chaotic Somalia, gaining important experience as it extends its geographic reach far beyond home waters. But some are concerned

The 31st task force of the Chinese People’s Liberation Army Navy is heading for the Gulf of Aden, in the western Indian Ocean, to conduct anti-piracy operations and escort commercial ships.

The task force consists of a guided-missile frigate, an amphibious transport dock and a supply ship. It also has three helicopters, and is supported by 700 officers and soldiers, plus dozens of special operations troops.

It is a significant force, doing an important job and gaining essential experience of blue-water operations. But China’s growing naval presence in the Indian Ocean has sparked debate as to whether Beijing is using anti-piracy operations and convoys escorting commercial vessels to project power away from its traditional sphere of action in East Asia.

December 26 marks the 10th anniversary of the PLA Navy’s deployment to the waters off war-torn Somalia. In that decade, China’s naval forces have expanded their engagement in the region, adding the protection of Chinese nationals and interests overseas to counter-piracy and escort activities.

According to China Military, the PLA’s official English-language website, more than 100 ships and 26,000 soldiers have been dispatched since the start of the anti-piracy mission. During this period, 6,595 ships have been escorted and over 60 Chinese and foreign vessels have been assisted and/or rescued by PLA Navy warships.

For international naval units that operate against Somali pirates on a daily basis, the Chinese are reliable partners. EU NAVFOR Somalia Operation Atalanta, the European Union’s anti-piracy force in the Arabian Sea, has several times praised China’s cooperation in the fight against piracy in the region.

EU naval officers recently stated that keeping the sea routes open with the Chinese support had encouraged over US$570 billion worth of trade in 2017 between China and Europe.

In a recent piece in the state-run China Daily, Chinese naval experts rejected the idea that their country’s peacekeeping and anti-piracy missions in the Indian Ocean were aimed at flexing military muscles overseas and taking control of strategic waterways.

James R. Holmes, the JC Wylie chair of maritime strategy at the US Naval War College, is largely in sync with his Chinese colleagues. “China has been at counter-piracy for a decade now. The PLA Navy has made measurable contributions to maritime security, helping China act as a good international citizen, and at the same time keeping a flotilla on station over a long period of time has paid dividends in terms of operational learning and sheer practice,” he told Asia Times.

Holmes noted that navies only get good at what they do by going to sea and practicing. “A fleet that stays in port and only comes out from time to time is not likely to perform well when the chips are down. So the Gulf of Aden deployment has done double duty,” he said. “There is very little new under the sun. Navies do diplomatic and constabulary work in peacetime and always have. They do not just prepare for war during times of peace.”

The American scholar remembered that the US Navy was founded to fight the Barbary “pirates” in the Mediterranean Sea – a striking parallel to the PLA Navy’s current operations off Somalia.

Still, not everyone is so upbeat. David Brewster, a senior research fellow at the Australian National University’s National Security College, views China’s deployment in the Gulf of Aden in a more negative light. He said China was rapidly building up its military capabilities across the Indo-Pacific region, including in the Indian Ocean, because just like other major powers it wanted to be able to protect its strategic interests.

“Chinese officials may try to claim that their armed forces are not there to assert China’s interests, but no one believes them,” he emphasized. “China has been actively interfering in the internal affairs of many countries in the region using various means, although some countries are starting to push back against this.”

Brewster says there is no reason to think that China would not use its military in other countries if it believed that was necessary to protect Chinese interests.

For Collin Koh, a research fellow at the S. Rajaratnam School of International Studies in Singapore, it is an issue of perception. “The problem lies in that the deployment of the naval instrument, which can be used as a foreign policy tool, always lends to outsiders’ differing perceptions.”

He noted that Beijing would argue that sending task forces to the Gulf of Aden for counter-piracy operations does not constitute muscle-flexing, and justified such moves as contributing to the international community. However, “It is hard to avoid perceptions on the contrary even if such missions do generate positives, especially if all this is seen in the context of growing unease and concern over the rapid rise of China’s diplomatic, economic and military might, as well as political assertiveness,” he said.

Aside from considerations and speculation about China’s strategy in the Indian Ocean, there is the question of what the Chinese reasonably have the power to do in the region at the moment.

Koh believes it is premature – indeed, far-fetched – to say that China aims to seize control of strategic waterways. “We are talking about sea control [albeit limited], which is only possible if Beijing is able to muster sufficient strength in the Indian Ocean and possesses the requisite capabilities and infrastructure,” he maintained. “But even so, we need to note that Beijing is after all not a resident power in the Indian Ocean. It has got no direct seaboard to it.”

The Singapore-based analyst pointed out that this geographical disadvantage could be reduced with technical advancements in some fields. For instance, China is building and accumulating more capabilities for long-range airpower projection. It is also promoting so-called ocean observation networks globally, as well as a much larger program to improve its C4ISR – command, control, communications, computer, intelligence, surveillance, and reconnaissance – systems composed of remote-sensing and unmanned platforms in various domains.

But these improvements “are still short of being able to mitigate China’s geostrategic disadvantage of not having a direct Indian Ocean seaboard,” he admitted.

An increase in the number of overseas military facilities could help China create an expeditionary naval force. “Because the Indian Ocean is far away from China, it requires local bases for its navy, army and air force,” Brewser said. “Djibouti is only the first of these and there will certainly be more.”

Holmes is not persuaded that the Chinese will make inroads on this front. “China has come a long way in a short time on its overseas posture, but it may be starting to run up against its limits,” he said. “Unless it wants to go full-on imperialist and conquer territory for bases – and I very much doubt it does – it needs amicable relations with coastal states that might host Chinese forces.”

Then there is the dicey issue of Beijing offering loans that poor governments cannot repay, with China claiming seaports to refund the debt. “I think China has overplayed its hand in this area,” he said, adding that Beijing should know well that if you impose a century of humiliation – as it experienced at the hands of European empires between the 1840s and 1940s – on others, “you are setting yourself up for future trouble.”

“Access to naval facilities and friendly ports for simple stopovers and technical rest would be easier and make more strategic sense,” he said. “But again, such access is only helpful in projecting presence in times of peace, not in times of war if China seeks to seize control.”