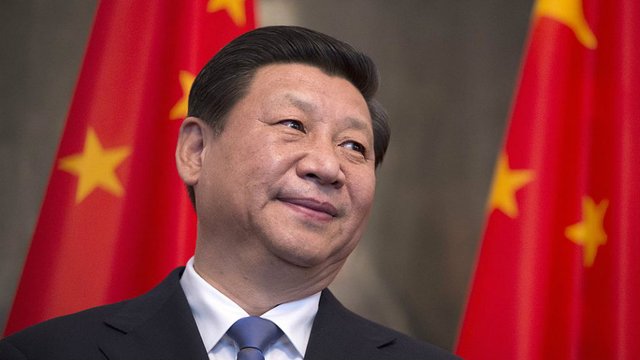 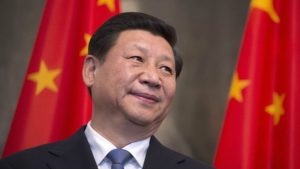 Chinese President Xi Jinping first unveiled the massive Belt and Road Initiative in 2013. Since then, Beijing has pledged nearly a trillion dollars for investment dozens of countries from the Indo Pacific across the Eurasian landmass. As American policymakers continue to work out the best way to counter this plan, they must keep a sharp eye on Eastern Europe, Djibouti, and Kazakhstan, the “buckle” of the initiative.

The tiny African republic of Djibouti is plagued with political and economic corruption. Djibouti President Ismail Omar Guelleh helped himself to a fourth five-year term in 2016 after parliament dubiously eliminated a constitutional two-term limit in 2010. His family and wider clan run all the few major sources of revenue in Djibouti.

Despite its economic and political problems, Djibouti has been courted by many outside powers, including the United States, which maintains a large base there due to its strategic location on the Horn of Africa. This combination of corruption and geopolitical importance makes Djibouti ripe for Chinese meddling. As with most places located along the Belt and Road Initiative, Beijing has invested significantly in Djibouti infrastructure, cutting sweetheart deals that advance Chinese geopolitical interests at the expense of the sovereignty of the recipient country.

The corrupting influence of China is already being felt in Djibouti. Earlier this year, President Guelleh unilaterally ended the contract with DP World of Dubai, one of the biggest port operators in the world, and expropriated the Doraleh Container Terminal. Last month, the London Court of International Arbitration ruled the contract was valid and binding, but the Djibouti government has said it will ignore the ruling. On cue, Chinese companies with state support are lining up to replace DP World, ignoring all international business norms.

This development could hamper American military operations in the region. The commander of the United States forces in Africa, General Thomas Waldhauser, has said that if China placed restrictions on the port, it could inhibit resupplying the American base there and the ability of Navy ships to refuel in Djibouti, which seems happy to let China do as it pleases, as long as it keeps paying. Chinese engagement through the Belt and Road Initiative in Europe has been focused on the east, where the need for investment in aging infrastructure is most severe. In 2012, China launched the 16+1 Initiative seeking to build inroads with 16 eastern European countries. Beijing even established a secretariat in the Ministry of Foreign Affairs to oversee the initiative.

The first 16+1 summit was held in Warsaw in 2012. Subsequent summits in the region have included Bucharest and Belgrade. While Beijing has economic interests in Eastern Europe, it also hopes to curry favor with certain European countries to influence foreign policy in the European Union. At a time when a united Europe is needed in the face of multiple geopolitical challenges, division is not in American interests.

European diplomats worry that a “divide and conquer” strategy for large scale infrastructure investments in select eastern and southern European states will be the price in getting help in undermining European unity on China policy. These fears were fueled in 2017, when Greece, one of the largest recipients of Chinese investments on the continent, blocked a European Union declaration condemning the Chinese human rights record. The action came just months after Chinese entities assumed control of the Greek port of Piraeus, one of the largest in the world.

Then there is Kazakhstan, a hub of trade and transportation situated at the middle of the Belt and Road Initiative. Most major road and rail networks as well as oil and gas pipelines running east to west on the Eurasian landmass pass through the massive country. Like other places along the Belt and Road Initiative, China uses strategic investments in Kazakhstan to try to influence policy. The Khorgos Gateway, the largest dry port in the world, offers a good example. Located on the border between China and Kazakhstan, the Khorgos Gateway plans to handle 500,000 shipping containers by 2020 and is well on the way to meeting that target. All rail links connecting more than 20 major Chinese cities to 15 major European cities pass through the Khorgos Gateway.

Last year, two Chinese entities, Cosco Shipping and the Lianyungang Port, bought a 49 percent stake in Khorgos. Partially controlling land based trade through Khorgos allows China to influence Kazakhstan commerce, which may well influence how Kazakhstan views its relationship with Russia and with the United States. Traditionally, Kazakhstan performs a balancing act between China, Russia and the United States. From an American point of view, Kazakhstan is an important ally in terms of fighting terrorism and resupplying troops in Afghanistan. While the United States should never expect Astana to choose Washington over Beijing or Moscow, American policymakers should also hope that China does not become too influential in the country. This is why Chinese ownership in projects like the Khorgos Gateway are so concerning.

Where Chinese investments in Djibouti, Kazakhstan, and Eastern Europe are legitimate, transparent, and within the rule of law, the United States should acknowledge that Belt and Road Initiative could present opportunities. After all, projects spawned from the plan could help increase regional trade and connectivity while boosting economic opportunity. This, in turn, can strengthen regional stability. However, where China attempts to undermine the national sovereignty of countries in which it is investing, or where American interests such as the United States military base in Djibouti, are actively undermined, American policymakers should be ready to call out Beijing and offer an alternative vision.

Luke Coffey, a veteran of the United States Army, is the director of the Allison Center for Foreign Policy Studies at The Heritage Foundation.