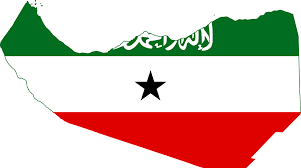 The Somali people, wherever they may live have many admirable traits and share a common language, religion and culture. However, we as a people are far, far too emotional to ever debate or negotiate rationally. From grassroots discussions at rural level to high political debates, we are not able to put emotions aside and deal with the issues facing us in a rational manner.

I must admit, I am on occasions guilty of such high emotions. I am a fervent Somalilander, and I make no apologies for that. However, that doesn’t mean I do not wish the best for all Somali people wherever they may be, both in the Horn of Africa or in the diaspora. I take great pride and pleasure in the success of those whom we share a common ethnicity with and commiserate with those who suffer the trails and the tribulations of daily life.

Having said that, it is worth remembering that it was extreme emotionally ecstasy that led to the ill-considered and ill-fated union in 1960, and truth be told, more ecstasy on the Somaliland side than in Somalia. History is a great teacher, and those who pay attention to it and learn from it will progress and prosper, and those who don’t, will be forever condemned to repeat the same mistakes.

Just recently, I watched a debate in Djibouti, with participants from both Somaliland and Somalia. These debaters considered themselves the intellectual elite. Fair enough. There were more than enough professors, doctors and MBA’s present. However, rationality and sensibility are something either one is born with or learns from life experience. As I listened to both sides of the debate, and heard the same narrative repeated over and over again, the need for a new dispensation, the need to respect and understand each other and so on and so forth. There was one young woman from Somaliland on the panel, who hit the nail on the head. She said “We should never deny history, what has taken place, why it happened and it’s consequences” that in a nutshell is the whole essence of the debate between Somaliland and Somalia.

We come together as two separate independent entities in 1960 to form a union that we hoped would benefit all Somalis in the Horn of Africa. That ambition was not realized and subsequently, the union failed. So, the question that faces both Somaliland and Somalia, is where do we go from here?

The overwhelmingly majority of Somalilanders are happy with their lot. Somaliland is not perfect, no nation is, but what is has achieved on it’s own, among it’s people, through dialogue, discussion and consensus is undeniable. There will always be cultural, social and economic ties between Somaliland and Somalia. However, in order to move the relationship forward to it’s inevitable conclusion; two independent states, enjoying brotherly and neighbourly relationship; We need to have meaningful and honest dialogue, with substantive discussions and accept and honour the conclusion.

At the end of that debate, a gentleman originally from Somaliland and currently working for the federal government of Somalia, gave a speech full of emotion, hyperboles and invective. He quoted from Quraanka Kariimka and Karl Marx at the same time! He quoted from Hadraawi and many other distinguished Somali scholars. Sadly, however heartfelt and emotional his speech was, it was not rational and did not offer any meaningful way forward. This was exactly the kind of emotional rhetoric designed to appeal to the core of Somalis and hide the truth. This is not the way forward. It was not in 1960, or 1969 nor can be the way forward 2019 and beyond. Somaliland and Somalia need to have discussions based on the truth and the reality on the ground. It is the only way.

The people overwhelming majority of the Somaliland people are not missing or longing for another union with Somalia. The people of Somalia have to accept that and respect that decision. Then we can proceed to what our future relationship will be.