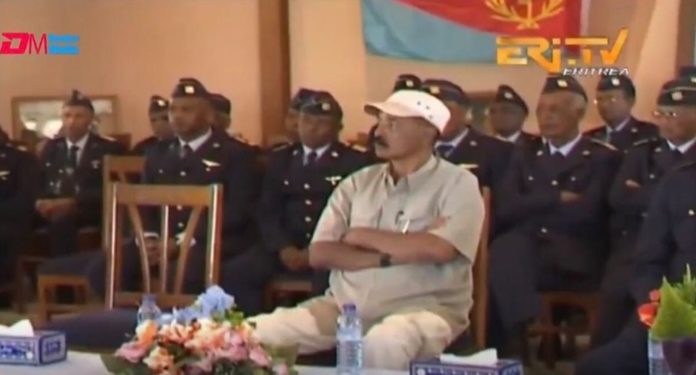 12 June 2019 – (ROME) An open letter to President Isaias Afewerki with the appeal to “restore Eritrea to its rightful place in the family of African nations” and to “release journalists and political prisoners” was published by over a hundred writers, intellectuals and continent activists.

In the text, relaunched by some of the main Sub-Saharan publications, it is highlighted that Eritrea is often described as “one of the most closed societies” in Africa.

To sign the appeal among others the Nigerian Wole Soyinka, first Nobel prize of African literature, the Ethiopian-American writer Maaza Mengiste and the Kenyan anti-corruption activist John Githongo.

The letter mentions the issue of migration. “We are saddened – write the signatories – by the suffering of the many thousands of Africans, including Eritreans, who feel compelled to leave their homeland in search of a better life for themselves and their families”.

Writers, intellectuals and activists stress that they want to send a delegation to Asmara to speak with the president but also with ordinary citizens, “including journalists, writers and other people imprisoned today”.

A Marxist formation, a former militant of the Front for the liberation of Eritrea, Afewerki was the protagonist of independence from Ethiopia conquered in 1991 and sanctioned by his election as leader of the State in 1993.

A different phase, with accusations of militarization of society and of denial of civil liberties, was accentuated after the conflict with Ethiopia fought between 1998 and 2000. Tensions, these with Addis Ababa, which a reconciliation agreement signed last year would have contributed to reducing. “This agreement – writers note in this regard – is a development much appreciated by all Africans of good will”.
Source: diregiovani.it