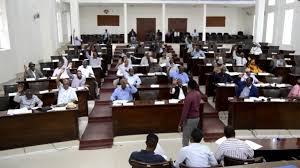 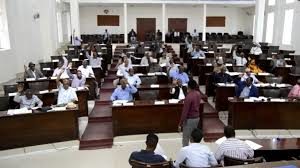 HARGEISA–The new regional allocation of seats in parliament was added in the electoral law which was tabled in Somaliland parliament. The new law which the Horn Newspaper reporter received a copy; confirms that article 78 of the law  shows the quotas of seats allocated for every region of Somaliland.

The quotas figures are as follows……

In another development the new electoral law will follow the 26th June 1960 regional borders of the six Somaliland provinces this is written on article 1 of law 109 of the electoral law of Somaliland.

Members of parliament representing Awdal province vehemently opposed the new electoral law tabled in the lower House of Representatives which was passed by the cabinet and prepared by the Somaliland Electoral Commission (SLEC).

In a recent press release by the presidential palace reads “The president of the Republic of Somaliland H.E Musa Bihi Abdi has forwarded the electoral law to parliament for debate and approval of which the house passed into law. This law was prepared by the electoral commission which was assisted by the Solicitor’s General office and the civil society. According to the new electoral law which the cabinet made some amends increased quotas given to women and minority clan Gaboye.”

The new electoral did not increase the general number of parliamentary seats in parliament. This is the work for the legislators in the House of Representatives to decide.

The opposition National Party (Wadani) has distanced itself from the new electoral law claiming it has nothing to do with it or its deliberations.