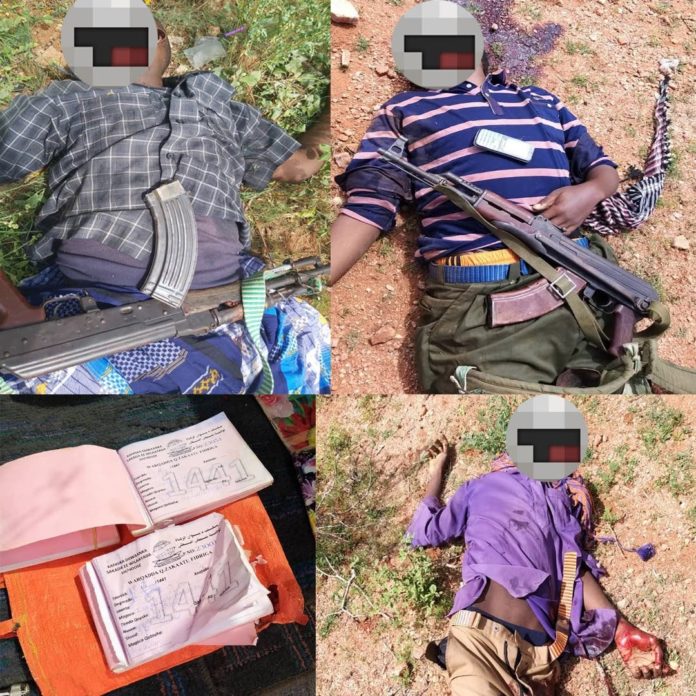 Somalia’s specially-trained forces known as Danab on Thursday conducted a military operation at al-Shabaab facilities near the town of Leego. Statement released by Somalia’s military said that the head of tax collection for Wanleweyn and its environs have been killed in the operation. Somalia’s forces have also killed two other al shabab militants that were protecting the head of tax collection for the extremist groups. Ismail Abdimalik Malin, a senior military commander in the region said that the operation was launched following complaints from the locals. In a response to the grievances from the locals, the specially-trained forces have demolished the checkpoints where the terrorist group of al-shabab checkpoints. The head of tax collection for al shabab who has been killed in the operation was identified as Abu Haashim. Al shabab which still controls parts of southern Somalia areas extort taxes from locals. The Somali army have liberated Leego, Janaale and Awdhigle from the al-shabab terrorist groups.