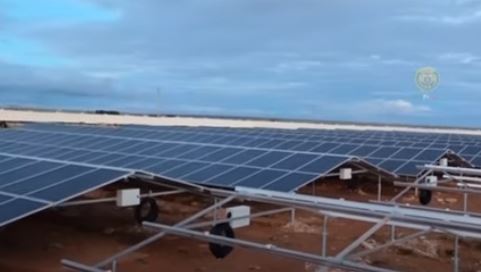 In 2019, the AECF began funding up to $ 20 million for the distribution of solar home installations in 5 countries. This year, it is $ 8.5 million in grants that it will allocate to companies active in the solar off-grid in Somalia and Somaliland.

The Africa Enterprise Challenge Fund (AECF) has launched a grant facility with an envelope of $ 8.5 million to support renewable energy companies active in Somalia and Somaliland. The launch of this facility is part of the REACT Subsaharan program which aims to reduce poverty through the progressive transformational use of renewable energies.

“The Somali market represents a unique opportunity for us and other development partners to change reliance on diesel-powered mini-grids by facilitating the use of renewable energy. To achieve this, stimulating market growth and engaging the private sector in the renewable energy value chain is paramount, ” said Victoria Sabula (photo), AECF Executive Director.

11 million Somalis do not have access to electricity according to World Bank data and only 3% of the population uses clean cooking methods.

“We are looking to work with companies that are at different stages of their development, especially those that are just starting out. In addition to funding, we will provide technical support, partner networks and investment facilities , ” continued the manager.

The program mainly targets private sector companies and active microfinance institutions. It plans to facilitate access to electricity for 300,000 people. Interested organizations have until January 22 to apply.