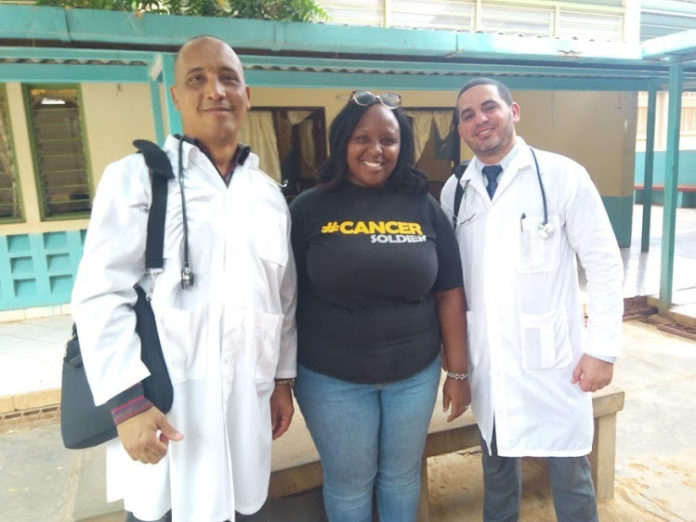 • The armed militia group shot dead a security officer attached to the medics before they sped off to Somalia in two cars.

Mandera residents on Friday woke up to the sad news of the abduction of two Cuban doctors.

The armed militia group shot dead a security officer attached to the medics before they sped off to Somalia in two cars.

Even as this unfolds, the majority of patients in Mandera have been praising the two medics for their commitment to offering services.

Just a month after the medics were posted at the Mandera Referral hospital, Amina Mohamed successfully delivered through a caesarean section performed by Landhi Rodriguez.

The hospital had started experiencing long queues due to the presence of the Cuban doctors.

Kenya imported 100 doctors from Cuba who arrived in June. The government said they would fill gaps in the public health sector.

The two medics in an interview with one of the national television broadcasters said they had adapted well to the new surroundings and the security situation in the region was a  complete opposite of what they were made to believe.

“The first thing I did was to check the internet and the security situation shocked me. It was all about bombs! I did not know what to do and my colleagues felt sorry for me. Cuban doctors work in all sorts of conditions within 75 countries,” says Dr Correa said.

Correa has worked in Botswana and Venezuela before.

He said unlike what he had seen on the internet before coming to Kenya, Mandera seemed to be very secure.

“I would not mind my wife and daughter joining me. I am keen to learn Kiswahili and Somali,” he told Citizen TV.

By then the medic said local residents were friendly and were helping them adapt to the culture.

“I love tea with milk though I do not know how to differentiate camel milk from cow milk, their food is good and I am planning to taste camel and goat meat soon,” Rodriguez said.

Rodriguez said though the language barrier was the major challenge as many residents were speaking Swahili and Somali.

“We have someone who translates what they are saying to English and currently we have download a Google application that translates English to Spanish,” he said.