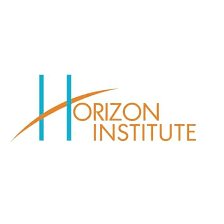 On 10 April 2019, the Saahil Appeal Court, located in Berbera, Somaliland, upheld a 7- year conviction for rape. The court found that the victim, in this case, was raped after accepting a ride from the perpetrator.In rural Somaliland, where there is no public transport, many women have no choice but to seek rides from strangers. Trust, based on strong community ties, means this usually does not put women in danger. But this young woman was not so lucky. After getting into the perpetrator’s vehicle, she said he drove off the road, raped her and then left her stranded on the side of the road. Fortunately, she was able to flag down a passing vehicle shortly afterward and appeal for help in giving chase to the car. The passers-by agreed and alerted the check-points to Berbera and the police in Berbera. The victim reported the crime and the perpetrator was arrested and sentenced to seven years’ imprisonment by the Berbera Regional Court on 10 March 2019.

The Saahil Appeal Court, upholding this conviction for rape, comes just weeks after a judge in the capital city of Hargeisa, unlawfully sentenced a rape victim to 100 lashes. A higher court dismissed this ruling, but it stands in stark contrast to the appeal court judgment in Saahil Region. Sentencing a rape victim to 100 lashes was beyond inhumane. But it was also a complete disregard for the rule of law; it was a criminal punishment in a civil case and a sentence not sanctioned by the laws of Somaliland. The Saahil Appeal Court’s judgment is an example of how Somaliland’s criminal justice system can, when it abides by the law, protect the interests of victims.

The 10 April judgment was a victory for the rule of law. But it was, by no means, a guaranteed outcome. There is a strong preference for customary settlements in rape cases. If the families of the victim and perpetrator reach an agreement out of court, the prosecution is usually halted. In September 2014, the Attorney General, Hassan Ahmed Adan, took action to improve the criminal justice system’s handling of rape cases. He issued a directive that prosecutors cannot accept customary agreements in rape cases. But this is not always followed.

When Horizon Institute, which provides legal aid services through a paralegal scheme, began supporting the victim in Berbera, a customary settlement was being discussed. Horizon’s paralegals alerted the Attorney General about the pressure on the victim and her family to accept a customary settlement, including from within the justice sector, thereby violating his directive. The Attorney General took immediate action and he made certain the prosecution did not drop the case. Continued advocacy by Horizon and support to the victim and her family bolstered the efforts of the Attorney General to uphold the rule of law. The result, which owes a great deal to the courage and tenacity of the victim and her family, is that the Appeal Court upheld the lower court’s ruling.Somaliland has legal protections which criminalize rape and help ensure that victims receive justice. When efforts are made to safeguard the rule of law, the interests of victims are protected.

The defense indicated it would appeal the 10 April judgment at the Supreme Court. Horizon will continue to support the victim and monitor this case so the rule of law continues to be upheld.

Horizon Institute is an NGO working in Somaliland. Horizon puts human rights into action through institutional and grassroots interventions informed by research and critical analysis of the issues most pressing to the communities our work impacts.  At the centre of all aspects of Horizon’s work is a strong commitment to the advancement of human rights and the rule of law.