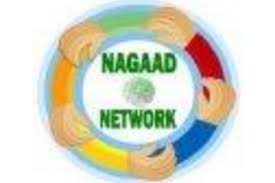 As part of the commemoration of Day of African Child, this year, a global social media campaign has launched across Africa to advocate for a world free of Gender Based Violence (GBV) for the next generation of young people and children.NAGAAD is launched the global campaign “#Not Our Story –Change it”, in Somaliland. Eight countries – Ethiopia, Kenya, Tanzania, Somaliland, Uganda, Rwanda, Zambia and Sweden – are launched the campaign on social media simultaneously across the continent with a pledge to fight for children’s rights under the campaign’s “Ambassador Programme”. The campaign managers are collaborating with social change influencers across the eight countries and the globe to engage the world in the discussion and stimulate action and change.

Not Our Story, Change It! is an eight-country led campaign that aims to raise awareness on the need to create a world free of GBV for the next generation of children. The initiative was conceptualised through a multi-stakeholder initiative across several institutions and countries that have come together with the aim to contribute towards increasing discussions and action around creating a world safer for children by working towards eliminating GBV.The campaign is a collective call for stakeholders to act to ensure the next generation does not grow up in a world where Gender Based Violence (GBV) is the norm.

The purpose of the campaign is to create an inter-generational shift in the discussion and approach around GBV. Violence and abuse are not the stories of humanity, and the world needs to be reminded of the importance of demanding a world free of GBV for the future generation. NAGAAD Network, in partnership with the Creative Force, organized a full day discussion on the rights of children as per the convention of the Rights of the Children. The debate was centring on eliminating and preventing domestic violence against children and ending harmful traditional practices, e.g. FGM and CEFM.

Discussions gave platform for the different stakeholders, including community volunteers/activists and child rights organizations as they debated the reflection on the progress made and remaining and emerging challenges since Somaliland.

Violence against children’s rights remains one of the most pervasive human rights abuses in Somaliland. Moreover, its occurrence in the household is its most common form. Domestic violence is a human rights violation experienced across the world, occurring across all social strata and cultural groups.