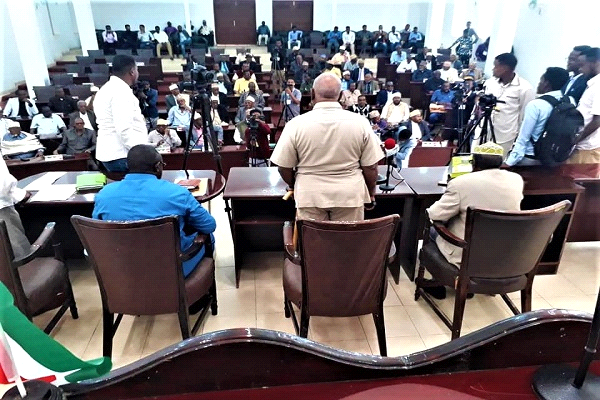 HARGEISA– Mr. Khadar Husein Sahal, a legislative member of Somaliland’s Upper house of parliament is calling on to bring before the justice the citizens who travel to Mogadishu seeking to hold political office. The MP has said that the house is now preoccupied making new laws that will put a travel ban to citizens who are willing to go to Mogadishu, Somalia. Mr. Sahal has voiced that Somalia is unhappy with SL which has taken important strides in the right direction and further stated that it is unfortunate for country’s citizens who go to Somalia in order to hold public office. The MP made the comments giving an interview with local television in Hargeisa yesterday. A ban is in place barring Somaliland officials to go to Mogadishu, the capital of war torn Somalia in search of public office. There was a law in the constitution which banned all citizens going to Mogadishu but this law was amended by Silanyo’s regime.