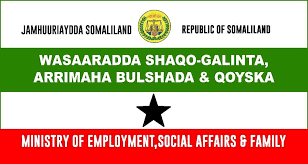 The main opposition Wadani party together with social activists have lodged a lawsuit against a woman to have allegedly violated domestic worker’s rights after the purported video appeared on social media threatening the teenage girl worker in her house.

The defendant woman is identified as Zamzam Kahin.

Mohmed Sidik Dhame, Wadani official has called on the government including the labor & social affairs ministry along with judiciary system to prosecute the woman for the clear violation of domestic worker’s rights.

He said: ” Where are here to defend the teenage girl who was subjected to forms of intimidation from the woman who was working in her residential building. We lodged the lawsuit against this woman and presented it to the labor & social affairs ministry.

Saed Mohmed Gahier, social activist and a poet who has been closely following the case have said that the incident was unfortunate crime.

He said: ” The defendant who is thought to be a relative to the teenage girl seems not to respect the law. SL has laws that defend worker’s rights from employees.”

This video has gone on viral in Somalia’s social media platforms for the past 21 hours.

It featured a woman who did not show her face in the camera, seemingly threatening a teenage girl worker at her residential house.

SL labor & social affairs ministry has not so far commented on the allegations but social activists have said that the ministry is now taking the legal actions in order to arrest the woman and bring to justice the defendant.