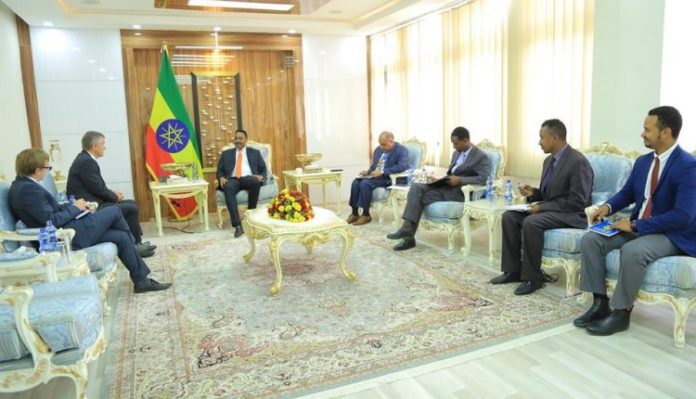 The Minister commended UK’s strong relations with Ethiopia highlighting the all-rounded political and economic cooperation between the two countries.

Dr. Workneh briefed the ambassador on the ongoing comprehensive reforms in Ethiopia, including media freedom, opening up the political space, democratization as well as advancing the respect of human rights.

Ambassador McPhail expressed his country’s continued commitment to support Ethiopia in its efforts of ensuring economic development and promoting regional peace, and stability as well as economic integration in the Horn of Africa.

Dr Workneh also stressed the need to further bolster the trade and investment ties between Ethiopia and the United Kingdom.

The UK was among the first countries to open an embassy in Addis Ababa, while Ethiopia was the first African country to establish an embassy in London, according to the Ministry of Foreign Affairs.