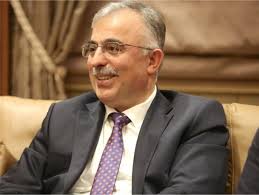 This was announced by Turkish ambassador to Somalia, Honorable Mehmet Yilmaz in an interview that he gave to VOA Somali.

Mr. Mehmet said, “It is encouraging that positive progress has been made in the first face-to-face meeting between the two leaders in Addis Ababa. Somalia’s President had made an apology to Somaliland counterpart, Bihi over the atrocities that was committed in the north of Somalia during Barre’s regime.”

The diplomat has said that Turkey sees it as an important step taken in the right direction specially the apology made by Somalia’s leader and the acceptance of his Somaliland counterpart.

He further added that it was a positive result which was the outcome of the meeting between the two leaders.

Turkish ambassador to Somalia, Yilmaz, has admitted that the Turkish mediated dialogue between the two enclaves is muliti-facet one be it politics.

Mr. Mehmet has declared that the only room for Turkey to play is to mediate the talks but reiterated that the two sides must take the leading role.

The diplomat said it is for African governments to address and resolve their problems.

He added that Turkey is committed to offer suggestions to both Somalia and Somaliland.

He noted that his predecessor, Olgen Bekar, had visited Somalia and Somaliland and met with both leaders.

He said that Turkey will review the responses received from both leaders and will take the right steps in regard to the talks.

Somaliland and Somaliland held number of talks brokered by Turkey but it remains installed at the moment.

The agreements reached in the previous Turkish mediated talks were not honored by Somalia’s Federal Government under the leadership of novice President Mohamed Abdilahi Farmajo.