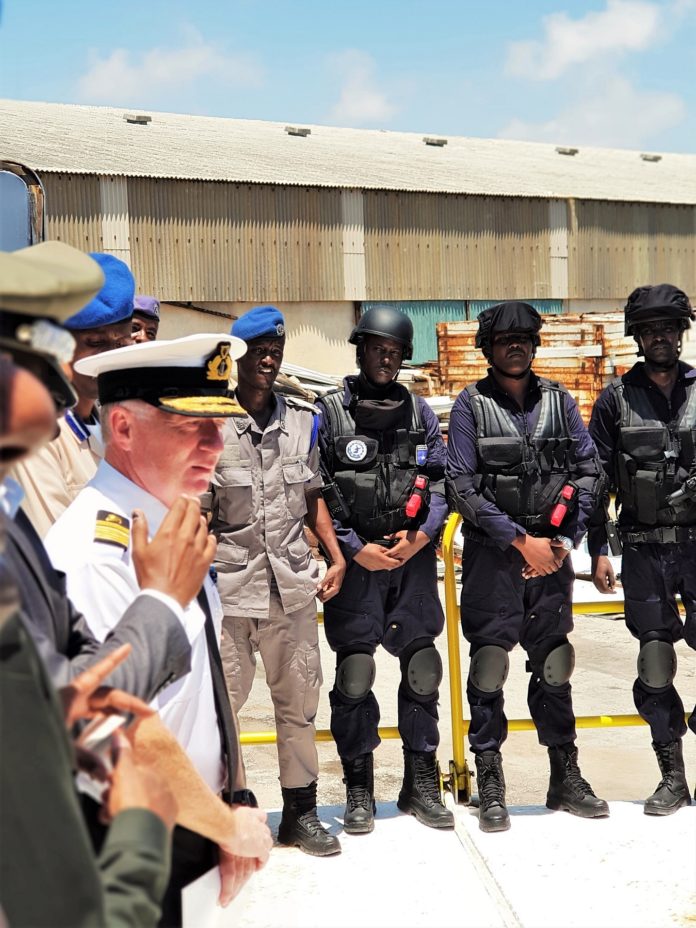 Force Integration Training (FIT) organised and funded by EUCAP Somalia was concluded on Thursday 24 October. For the first time, the FIT brought together the Bosaso and Mogadishu Maritime Police Units in preparation for their participation in the Exercise Cutlass Express in Djibouti next week.

Participants from the Bosaso Port Maritime Police Unit (BP-MPU) had travelled to Mogadishu for a joint training with the Somali Police Force Maritime Police Unit (SPF-MPU). The one-week training on tactical maritime police operations was an important step towards harmonization of procedures of the two forces. On 27 October, the trained participants from both units will travel to Djibouti for Cutlass Express, an international maritime law enforcement exercise organised by US AFRICOM in Djibouti.

Somali trainers with mentoring and technical advice from UNODC conducted the course in the training facility recently delivered to the Somali Police Force by EUCAP Somalia. The training facility, also known as a “Ship in a Box” was named after former SPF-MPU Commander, Major Mohamed Botaan, who was killed in line of duty during the terrorist attacks on 14 October 2017.

“This is a day of mixed emotions for me. I met Major Mohamed Botaan shortly after he took command of the SPF-MPU in mid-2016. He told me he had two priorities: better living and working conditions for his personnel and to train and equip them adequately so they can save Somali lives at sea and on Lido,” said Head of Mission Chris Reynolds.

“I know that Major Botaan would be particularly proud of this achievement,” Mr. Reynolds said, referring to the first joint training of BP-MPU and SPF-MPU in the new training facility. 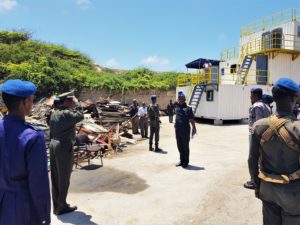 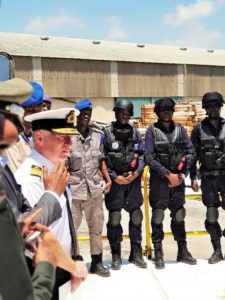 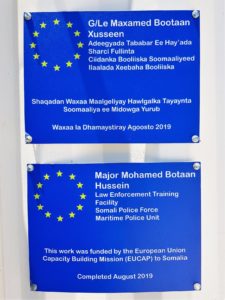 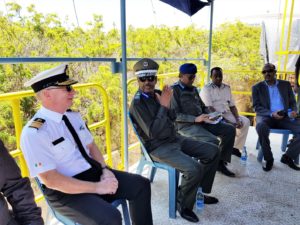 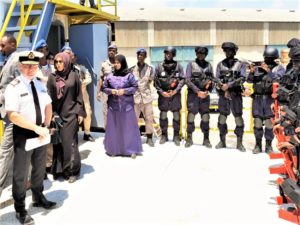