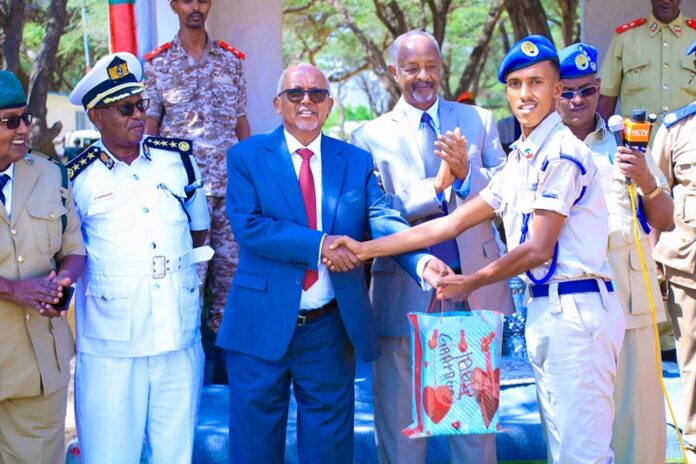 The 33rd batch of national police force trainees has surpassed 700, at a go, given the latest graduation at Lihle Forces Academy at Mandera on Thursday, 1st July 2021.

Graced by the VP H.E. Abdirahman Abdillahi Ismail Seyli’i as the guest of honour to preside over the ceremony, other eminent personalities included the Interior Minister Hon. Mohamed Kahin Ahmed.

The VP noted that it was noteworthy to acknowledge the fact that new blood was indispensable to be injected into the service perpetually as the old guards retire.

He advised the graduates to adhere to their chores with diligence and impartiality hence uphold and safeguard patriotism, unity and solidarity.

On his part, the Interior Minister Hon Mohamed Kahin Ahmed under whose portfolio the Police service fell, advised the young men to advance their profession by studying even more and always be able to endure trials as per occupational hazard entails.

Their Chief Commander Brigadier General Mohamed Aden Saqadi a.k.a. Dabagale was impressed that for the first time the whole lot who graduated never used drugs like chat or had any known indulgences with associated vices.

He equally beamed that they were all graduates of tertiary education, were youthful hence knew quite well what incumbency their chores expected of them. 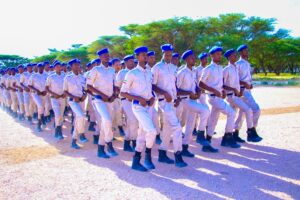 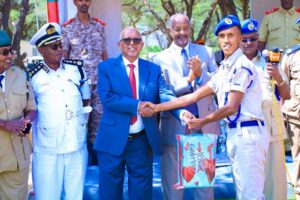 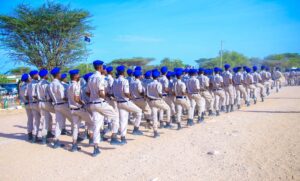 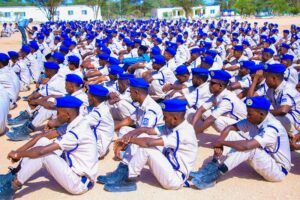