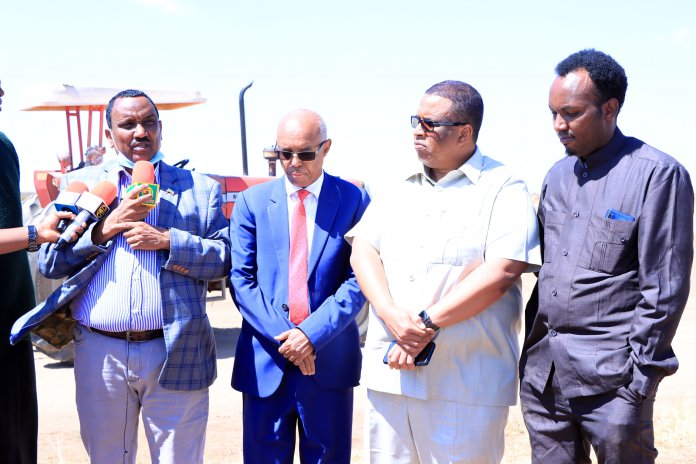 Ethiopia, Djibouti & Somaliland have proposed a trilateral response to fight crop killing desert locust invasion, which not only threatens food security in the region but also is a menace to farming communities across the region.

This was disclosed by Somaliland’s agriculture minister, Ahmed Mumin Seed that the three countries have reached a joint agreement to cooperate the fight against desert locust invasion.

Somaliland’s agriculture minister has told that the mission behind the visit is to assess the damage left behind by the desert locust which destroyed crops of farmers in the area.

He also revealed that he held discussions with Ethiopia’s Somali state agriculture minister on the desert locust menace and how the two authorities cooperate on its elimination.

Djibouti’s agriculture minister traveled to Wajale plains to assess the real damage that the locust have on the crops.

Mr. Awale, the minister from Djibouti pledged to assist Somaliland’s on its fight against the locust invasion.