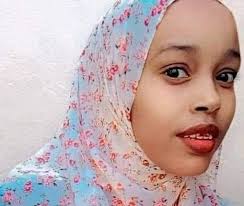 The protests was staged by angry women in the city that were demanding justice for the victim.

Police officers dispersed the demonstrators and assured the rowdy crowd that Ugbad will get justice although neither the hospital nor the top regional administration has confirmed the rape case.

The deputy governor denied that the case was resolved through tribal system.

Ugbaad Abdilahi Ali was a young single mother with three children who were enrolled at Burao university.

Unconfirmed reports also said that there was a love relationship between the killer and Ugbad.

The body of the deceased who was missing for some time is now kept at a morgue at the government hospital in Buroa.

The perpetrator of this crime is still in under arrest.

Regional security agents are conducting thorough investigation into the incident and the cause.