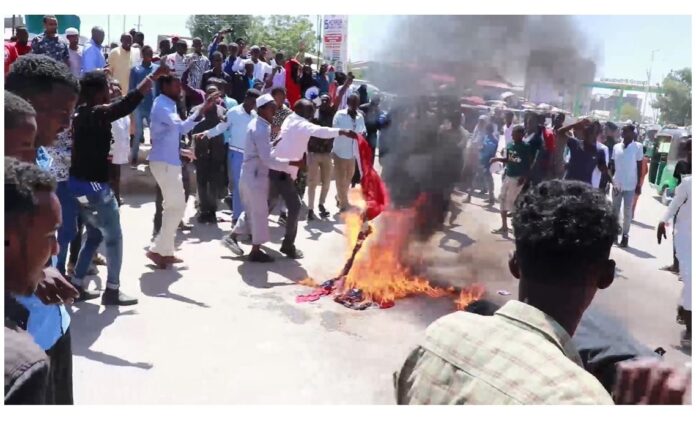 Protests against the French President Emmanuel Macron are spreading across the Muslim world.

Large numbers of protesters have taken to the streets in Buroa, Somaliland’s second capital on Tuesday to express their wrath over the French President’s behavior to Islam and defended anti prophet Mohamed Cartoons.

The protesters have burned the French flag and portrays of Macron while chanting down to France and long live Islam.

They have called on Somaliland to follow suit with Muslim countries that have boycotted the French products in order to punish him.

Turkish president condemned France for allowing the publication of caricature about prophet Mohamed.