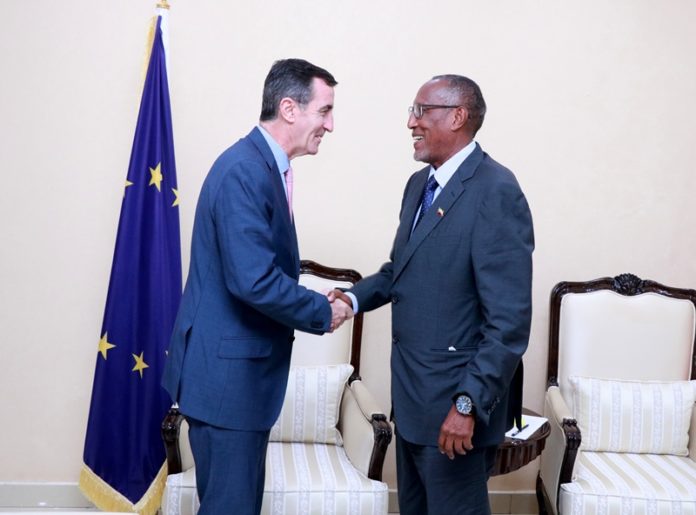 In a short statement, the presidency said the two discussed the role of the int’l partners in Somaliland development and increasing EU’s aid to Somaliland.

The ambassador has been coming to Somaliland repeatedly since 2019 to assist in breaking the electoral deadlock in the country.

The prolonged dispute over the national electoral commission has been the stalemate that prevented that nation from continuing its democratic momentum after 2017 presidential polls.

The last initiative that broke down in the face of the political actors belligerent was proposed by an independent mediation committee compromising of elders.

It called for the immediate dissolving of the current electoral commission and replaced with its predecessor.

The government and opposition parties initially welcomed the proposals while ambassador Martinez had endorsed it.

However, the government had said it did not have legal means to dismiss the sitting NEC and called on stakeholders to convince new electoral commission members to resign from their posts.