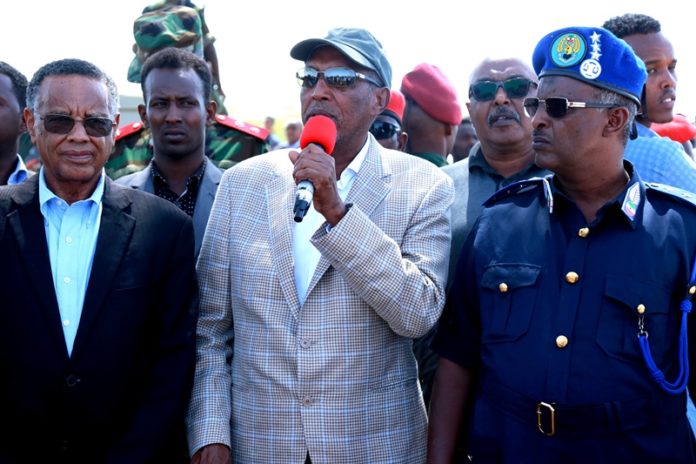 President Musa Bihi Abdi has attended the funeral of late SL prominent businessman and a philanthropist, Ahmd Yasin Haji Abdilahi alias Abu-site who is laid to rest at Xaraf cemetery in the outskirts of Hargeisa on Tuesday.

The House of Reps speaker, officials of political parties, ministers, lawmakers, business people, and hundreds of ordinary citizens have prayed to Allah that his soul would ascend to heaven and the bereaved family to have sense of Iman and increase patience during this difficult time.

The late Ahmed comes from a prominent family well known for its business skills and philanthropies and has long standing history in Somaliland.

President Bihi asserted that he was a man who deserves to be emulated whereby the public has lost him.

He said that he was among those business people who comes first in charity donations and prayed that may Allah give him eternal rest.

The late Ahmed comes from prominent family in Somaliland who are well known in their business and has a long history in country’s trading.