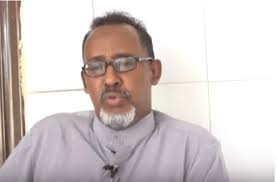 By M.A. Egge
The President H.E. Musa Bihi Abdi has sent his deepest heart-felt condolences to the family, relatives, friends and colleagues of the late Ali Mohamud Ahmed a.k.a Ali Sandule, who passed on yesterday, Saturday 12th September 2020, at Hargeisa.
The President who sent the condolences on his own behalf and that of the government, the nation and the people of Somaliland on his demise of Ali Sandule, described the deceased as a political leader who left a mark on his legacy given the roles of offices he played and held in the pacification and development of the nation.
The President prayed to Allah to rest the soul of the departed leader in eternal peace and wished the family members and relatives of the late Ali Sandule to have heart in this trying moment.