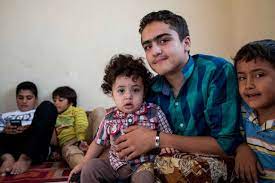 Commemorating World Refugee Day, the UNHCR today called for continued efforts to alleviate the plight of refugees, and Internally Displace Persons (IDP’s) in the country while SL gov’t officials stated the influx of refugees are attributed to the insecurity in SL. SL gave a safe sanctuary to refugees from Yemen, Syria and Ethiopia who have fled from their countries due to wars that have ravaged them. The National Displacement Refugee Agency chairman, Abdikarim Hinif, stressed the importance of this day to remind the public of the ordeals that the refugees have gone through. He also said that the influx of refugees play a key role in SL insecurity. He stressed that SL citizens must try to help them.