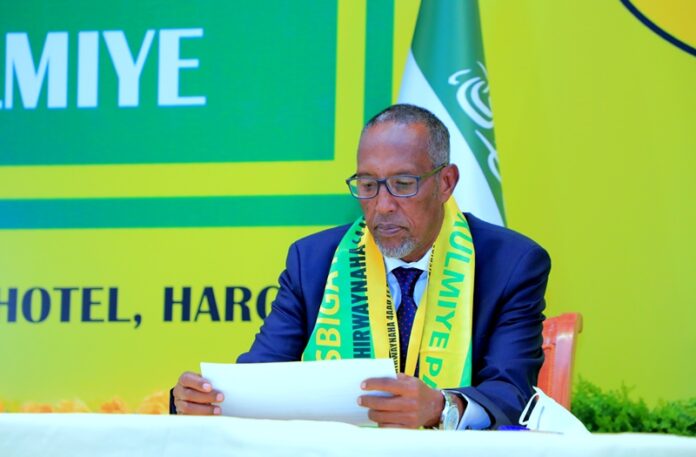 The ruling party of Somaliland, Kulmiye, has officially announced the list of members of the Kulmiye’s central committee which is a total of 239 members.

The ruling party of Somaliland has finally made a formal public statement about the list of Kulmiye’s Central Committee which was recently approved at the party’s Grand Convention.

The list has 239 members who are delegates from the different regions of the country including 54 MPs. The mayors of Kulmiye party will also be included in the party’s central committee.

But, Mohamoud Hashi Abdi and Mohamed Ibrahim (Qabyo tire) who were aspiring to run for the top five seats of the ruling party, although they later boycotted to attend the party’s grand convention are not on the new list.

Hassan Saleebaan Dhuxul, one of the prominent Somali poet and songwriter, name also appeared in the list of the new Kulmiye’s central committee members for the next five years.

Last week, The Somaliland ruling party concluded its three-day convention where they unanimously endorsed the new central committee members and also elected the top five seats of the party.