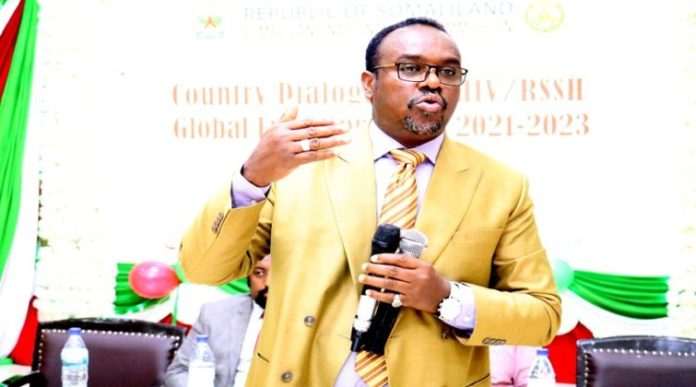 Somaliland is not a part of Somalia striving to secede but a country that has already dissolved its former union with the latter.

The sentiments plainly put forth by the Information, Culture and National Guidance Minister Hon. Suleiman Ali Koore summarizes the nation’s stance and should put to rest all the hullabaloos arising thereof.

Hon. Koore was quite emphatic in a BBC Somali Service Friday radio debate programmer which is quite popular in the Somali speaking world.

Retorting to Somalia Constitutional Minister who participated opposite him in the debate, the Information Minister was convictional that whenever Somaliland entered into talks with Somalia the former stood on its stance as an entity which was a nation before and, a nation now, having dissolved its union with the South (which was not formal anyway).

Hon. Koore noted that Somaliland would always prefer neighborliness that honored norms and tenets of international sovereignty as other nations.

While giving a re-cup of the history of Somaliland as a country that got its Independence even before the Mogadishu one, Hon. Koore outlined the dissolving of the former ill-fated union hence underpinned their resolve to adhere to their aspirations.

The Minister rejected Somalia’s dream of wanting to revert to another union. He gave a good example of the outcries of the members of the public who publicly rejected Farmajo’s alleged trip to Hargeisa when it buzzed over the media.

Hon. Koore stated that the people showed their disgust without waiting for a formal statement from the state hence underpinning their resolve on their nationhood and sovereignty.

He noted that without hatred Somalilanders welcomed mutual respect expected of good neighborliness.

Hon. Kore observed carefully that Somaliland’s legal dejure case was quite clear and vivid for all to see and that it did not infringed upon the AU (formally OAU) regulations of 1964 on international borders as handed over as per respective Independent Days.