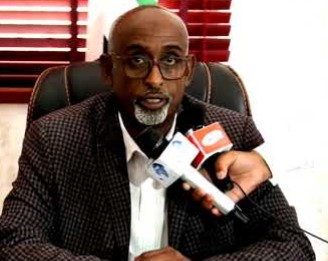 The row between importers and DP World has been resolved after businessmen held talks with Somaliland President, Musa Bihi.

The importers alleged that DP World has modified the current rate of exchange of shillings into US Dollar. This was disclosed by the chairman of Somaliland’s chamber of commerce, Mr. Jamal Aidid Ibrahim who announced that the standoff has been ended in dialogue.

The chairman has asserted that the importers have accepted the modifications of exchange rate of shillings in comparison to US Dollar. This has halted Bebera port operations after the row broke out and brought the operations to standstill. The first disagreement erupted on 12th of March following the unexpected increase of exchange rate which has been added 1500 shillings.

The importers have protested the undisclosed exchange rates increase proposed by DP World which will be planned to put into operation in June this year. Having the president heard the grievances made by the importers made a decision to invalidate the 1500 shillings that DP World is due to add the rate of exchange. The chairman has also asserted that a common understanding has been reached over the trade license which also caused a rift.