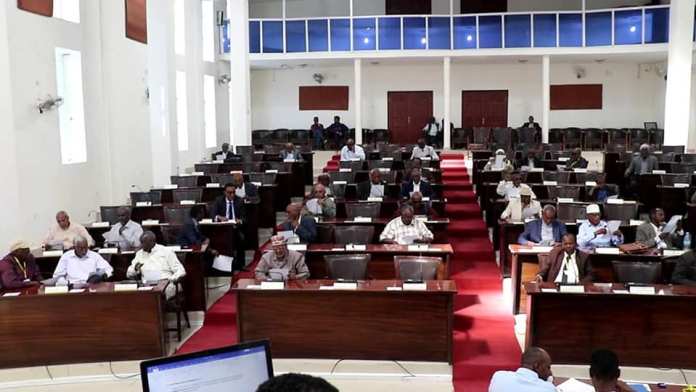 The 2021 budget estimate were approved by 27 MP’s while five MP’s rejected it and nine MP’s abstained.

On the other hand, the members of the House of Reps. unanimously approved Mustafe Ali Jama as a member of Central Bank of SL which was appointed by the president as a member of the central bank board of directors.

The Secretary General of SL House of Reps. first read the CV of Mustafe Ali Jama in front of the MP’s.

After that the chairman Bashe Mohamed called on the MP’s to approve the new member of the executive committee of SL’s central bank.

The MP’s approved the member by a majority.

The 2021 annual budget projections totaled 2.881916 trillion shilling which is 4.8 percent higher than the previous year’s 2020 budget.

The budget is expected to focus on security, justice, education, health, production , election and recognition matters.