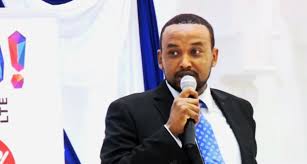 The mayor of Hargeisa, Hon. Abdirahman Mohamud Aidid “Soltelco” has formally transferred his duties to his deputy mayor according to a letter.

The incumbent mayor who has been in office for almost six years has stated officially that all his duties will be taken over by his deputy mayor, Hon. Abdiasis Agaweyne.

The mayor has cited that he will be staying in Sweden for quite some time although he did specifically mentioned the mission for his trip and for how long the trip will take.

The former secretary of Hargeisa municipality, Hon. Ali Hasan Awale speaking to local media has accused the mayor of covertly leaving from the country due to the ongoing investigation conducted by the auditor general of Somaliland.

Mr. Ali has cited in the statement that Mr. Soltelco, Hargeisa mayor has applied for an asylum in Sweden.