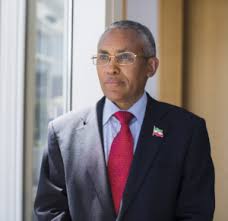 Somaliland Government is extending austerity measures by telling government to cut expenditure amid outbreak of Covid-19.

The Ministry of Finance said in a statement, all government agencies will reduce their operational and administrative expenses by certain percentage to avoid economic downturn.

It also asked government institutions  to stop the implementation of any new projects or capital spending for this year.

The ministry has announced plans to reduce budget spending by 20 percent to 100 percent for capital spending when it comes to the quest of recognition, foreign and domestic travels embarked upon by Somaliland officials.

The Minister of Finance, Dr. Sa’ad Ali Shire has sent an official circular to all agencies informing that they have to slash spending.

The outbreak of Covid-19 is expected to have negative effect on government generating revenue places including airports, border crossing areas and trading.

The ministry has sent alarm bells that deadly Covid-19 pandemic would decrease the figures predicted in regard to Somaliland’s national budget 2020.