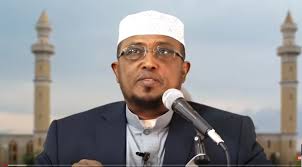 This week, the National Committee for Covid-19 Preparedness and Response issued directives including the closure of mosques for congregational prayers across the country. However, a prominent cleric has defied the government move.

Shiekh Mohamed Omar Dirir has said that there is no looming catastrophe which is forcing the government of Somaliland to immediately shut down mosques amid fears of rapidly spreading of Covid-19 in the country. The cleric argued that as long as Khat session Mefrishes are open and Khat trade is going on as usual in the country. Somaliland declared that it is not capable of enforcing Khat ban across Somaliland as the country lacks robust armed forces that are capable of enforcing the ban. The cleric said that with all due respect to the government and the committee that they should not be hasty in shutting down mosques and it should be optional that anyone willing can pray in the mosque while others decide to pray at home. Sheikh Dirir further stated that Khat is coming to the country which has got health related risks for the community. He also spoke of the Ethiopian airlines flight to Hargeisa which has not been halted by the government. The cleric argued that during the history of Islam it did not happen the closure of mosques where deadly pandemics erupted.