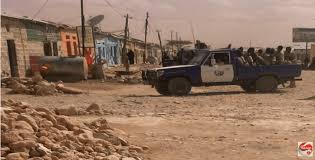 Two people were killed and three others were wounded when two clans clashed in Sanaag province on Sunday, witnesses and locals said. The clashes took place in Fadhigaab settlement which is under the administration of Ceel Afweyn. The violence erupted after the two clans disputed over grazing land in the area. Tension is running high as the clan militias are reorganizing for launching further attacks against each other. Eil Afwein has witnessed recurring and protracted inter clan skirmishes that claimed the lives of innocent civilians. Somaliland government came under fire of having failed to end the feud among the inhabiting clans in the region.