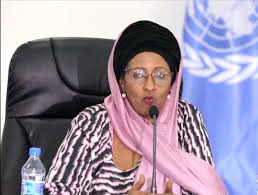 Electoral Communion boss Halimo Ismail Ibrahim is due to fix dates of the upcoming elections late this month in conformity with the Elections Law amid fears of delays.

Besides the date of the election is the electoral formula which will be used as there is yet a formal agreement on which method will be deployed. The Elections Law provides for the First-Past the Post or the winner-takes-all formula which has been subtly contested by the Federal Government. NIEC had proposed the Closed List option under the Proportional Representation (PR) system but it was thrown out by the Lower House following public consultations last year. Analysts have proposed Somalia retains the 2016/17 model which saw 14,025 delegates elect the 275 MPs who subsequently together with the Senate elected the President. International Crisis Group said in a brief this week the ongoing COVID-19 pandemic and an already fragile political situation in the country calls for a rethink of the one-person-one vote milestone. In the brief, Crisis Group is proposing Somalia make adjustments to its electoral plan which could include ‘abandoning plans for a one-person, one-vote election and instead providing for some form of an electoral college system, as was used in the 2016-2017 vote, whereby some 14,000 delegates selected the representatives for 275 parliamentary seats.’  Opposition politicians have also expressed concerns the Federal Government may be seeking a term extension by exploiting loopholes in the Elections Law in light of COVID-19 and other natural disasters such as floods and droughts.