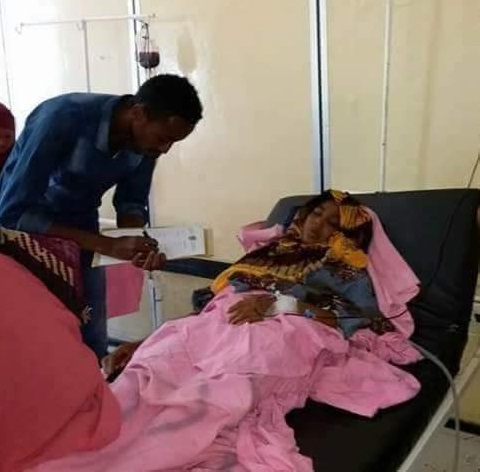 Mogadishu–Somali police officer has on Sunday shot a minibus ferrying secondary school students in Mogadishu’s Dharkenley district injuring three students, eyewitnesses and father of the injured students said. The minibus was transporting students to Al- Anwar school when the police man at a checkpoint fired several shots at the bus hitting three of the students.

Reports indicate that the police man was trying to obtain illegal money by force whilst the driver drove past and this resulted the police to shoot injuring three siblings. The students who were injured the shooting came from the same family. There are; Hodan Dahir Aden, Safiyo Dahir Aden and Sakariye Dahir Aden. The injured were admitted into Madina hospital for further treatments. The police man fled from the scene.