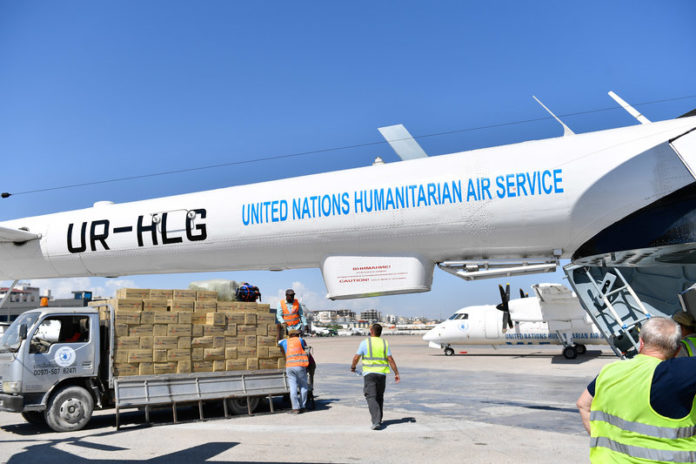 “As we launch this plan, we must reflect on the nature of the humanitarian crises that Somalia continues to suffer. Just a couple of months ago, more than half a million people were affected by floods that inundated large areas of the country – while most of those who were affected have returned home, many continue to struggle to rebuild their lives,” the UN Humanitarian Coordinator for Somalia, Adam Abdelmoula, said at the launch in the capital, Mogadishu.

“The humanitarian crisis in Somalia was exacerbated by conflict, prolonged droughts and, of course, the fatal flooding as witnessed recently in 2019,” the minister added.

Delayed and erratic Gu rains were already affecting various parts of the country when severe flooding struck late last year. The country has now been hit by the worst locust infestation in 25 years, and there are concerns that the Giilal dry season may lead to water shortages, decrease food stocks, and reduce crop production.

The HRP will provide life-saving aid and livelihood support to three million people, including the 1. 7 million people displaced by conflict, insecurity, forced evictions, droughts and floods. The aid will be in the form of monthly food assistance to 2.1 million people; support for access to education for more than 300,000 children; health assistance for 2.5 million0 people; and the delivery of safe water to more than 1.2 million people. It also seeks to address conflict-related protection concerns including the risk of gender-based violence.

In his comments at the launch, the UN Humanitarian Coordinator noted that while the HRP is implemented, the world body and its partners are also working to ensure that emergency and development assistance complement each other in line with the Federal Government of Somalia’s development plan in order to achieve long-term recovery and resilience.

“Humanitarian interventions will alleviate short-term needs, but we must focus on the underlying development challenges as well,” Mr. Abdelmoula said.

Also speaking at the launch, the Director of the Somalia NGO Consortium, Ms. Nasra Ismail, stressed the need to capitalize on the gains made over the years in the Horn of Africa country.

“In the last decade, we have witnessed tremendous strides in humanitarian systems responding to people affected by devastating threats – cyclical drought, famine, floods and displacement due to conflict and violence. In a context with few guarantees, two things are certain: that without the humanitarian system in place with diverse actors from UN, NGOs and government agencies, Somalia’s people would be far worse off, and as trends of the last five years indicate, we must sustain the same level of urgency and commitment to ensure the gains made since 2015 are protected,” Ms. Ismail said.

At the same time, the total number of people in need has increased by 19 per cent – or one million people – from 4.2 million in 2109 to 5.2 million in 2020. The total targeted population has decreased by 12 per cent – some 400,000 people – from 3.4 million in 2019 to 3 million with the latter figure representing just 58 per cent of the 5.2 million people in need of humanitarian assistance. The HRP plan is based on humanitarian needs as of December 2019, and will be adjusted if a change in context requires it.