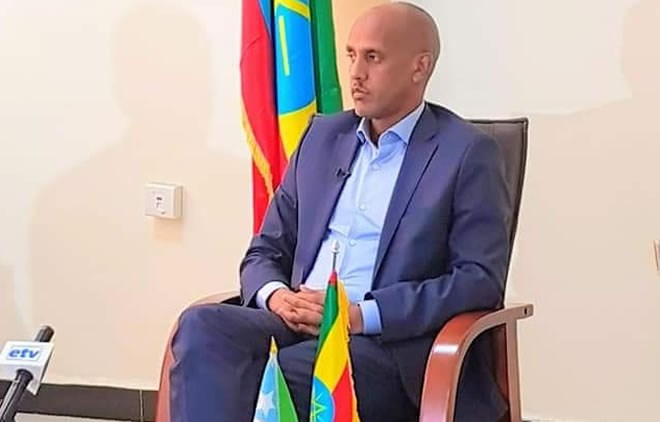 The President of Somali region of Ethiopia H.E Mustafe Omar Agjar had spoken with Somaliland counterpart Musa Bihi Abdi in a telephone conversation.

A statement from office of the Somali regional president of Ethiopia said that the two leaders discussed ways to boost cooperation in the fight against the spread of deadly COVID-19.

“I had a phone conversation with President Bihi of Somaliland. We discussed many issues ranging from how to cooperate in the prevention of the spread of coronavirus and the creation of a better cross border monitoring.” said president Mustafe

The President of Somali region of Ethiopia had appealed to Somaliland leader to let detained journalist by the name of Abdimalik Oldon to region his freedom his now languishing at maximum security prison of Mandhera.

“I had talked with President Bihi on the release of Oldon. I am happy that Bihi was serious in releasing the reporter in custody.” said president Agjar