According to Mubarik Bidhi, a member of Burao local council has said that the council met with EU ambassador with the disillusionment of the Somaliland Development Fund (SDF) that the government led president Bihi has allocated for Togder province.

Mr. Bidhi has further stated that they have shared with EU envoy that Togder region is not satisfied with the 5 percent that has been allocated.

He advised against the government not to turn its attention the journalist that has posted the percentage allocation of SDF to Somaliland regions.

Burao local council has urged that the government must review the allocation.

Somaliland government has rejected that it has not so far released the SFD funds allocation to the regions of Somaliland.

The minister of national planning, Hassan Ali Gaafaadhi has said that the report is based on lies and fabrications and has denied that the government has released the percentage allocation.

He reiterated that the journalist who posted the baseless report will be held responsible to prove it. 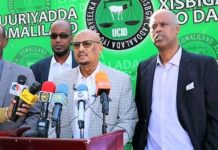 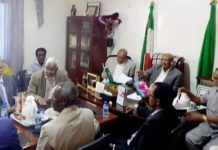