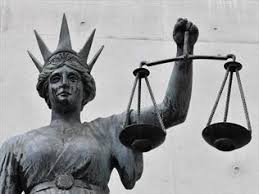 A Queensland woman has been found guilty of taking her two daughters to Somalia to undergo female genital mutilation – the first prosecution of its type in the state.

A jury took just over an hour to find the Somali-born woman took her two daughters, then aged nine and 12, to the African country in 2015 for the procedure.

Sentencing for the 45-year-old woman has been adjourned for a date yet to be fixed but she faces up to 14 years in jail.

Her defence lawyer asked for sentencing to be deferred because his client has cancer that has spread through her body to her armpit. The defendant and the daughters cannot be identified for legal reasons.

The 45-year-old woman pleaded “not guilty” in the Queensland District Court to the two charges on Monday.

In summing up the case, prosecutor Dejana Kovac told the jury “female genital mutilation has no medical benefits whatsoever”.

“She took her two children to her home country of Somalia in Africa where she herself was subjected to the same brutality,” Ms Kovac said.

“In her recorded interview with the police, she said she would do anything for her children, but obviously not anything to protect them, in fact she did quite the opposite, and dehumanised them in one of the worst ways imaginable.”

The trial heard the two Australian-born girls went to Somalia in 2015 for the first time ostensibly on a holiday with their mother and two other siblings.

Several days after they arrived, a procedure was performed on both girls at their grandmother’s house.

On their return in late 2015, the eldest told police their mother was present during the procedure and that they were not sedated and the pain was in the part of the body used to urinate.

The prosecution relied heavily on evidence of a paediatrician who examined the both girls shortly after their return.

He found a reduction of the clitoral hood that met the definition of female genital mutilation.

Five witnesses and police interview tapes with the girls and the mother in 2015 were played to the court over two days of evidence.