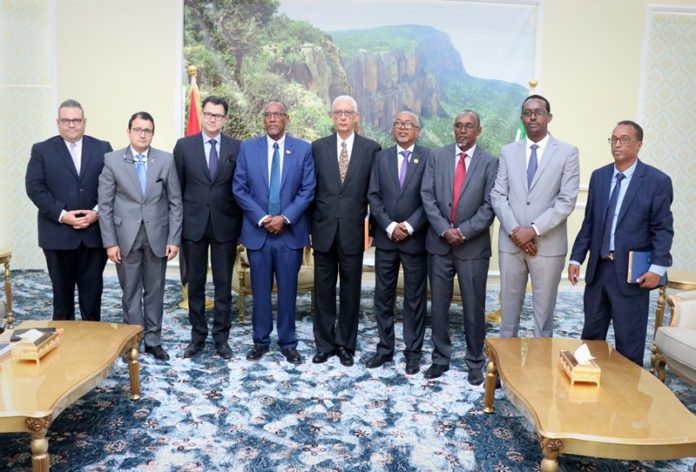 Hargeisa-The Somaliland President Muse Bihi Abdi received a delegation from the Arab Republic of Egypt in Hargeisa. The Egyptian delegation is led by deputy Foreign minister, Ambassador Hamdi Loza paid a courtesy call on the president on Tuesday.

Upon their arrival in Somaliland, the delegation was met at Egal International Airport by the Somaliland deputy ministers of Foreign and of Health, Abdilkadir Omar Jama and Liban Yusuf Duale.

The Egyptian delegation are expected to holds talks with senior officials from the Somaliland government and visit some of the cultural centres of the country.