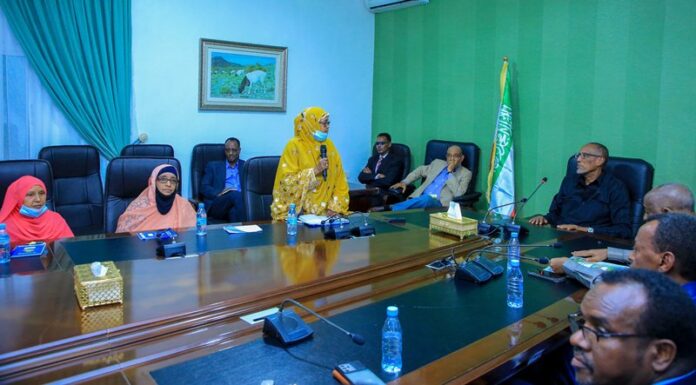 The President of Somaliland Musa Bihi Abdi has met SL women politicians who participated in the country’s last parliamentary and local government elections who could not clinch a seat to represent their people in the parliament.

Minister of the environment and development Ms. Shukri Haji Ismail Bandare, thanked the president for holding such crucial meeting with women who did not succeed in the wishes to be part of the representation.

The chair of women umbrella Nagaad, Ms. Ismahan Abdisalan Hasan, expressed their determination of women leadership roles in the country other than that women in general do not give up in the efforts

Professor Ahmed Ismail Samatar said that it is high time that SL women overcome all the challenges facing them which he believed gov’t cannot solve alone.

The president of the republic of Somaliland Musa Bihi Abdi who listened carefully to the proposals of women advised them to achieve huge success and overcome most hurdles mitigated against the potential representation in governance, adding that his administration will leave no stone unturned to ensure that women take their possession in the leadership role of the country.

There are two women from the east who won in the last local council elections but none could secure a seat in the parliamentary elections.