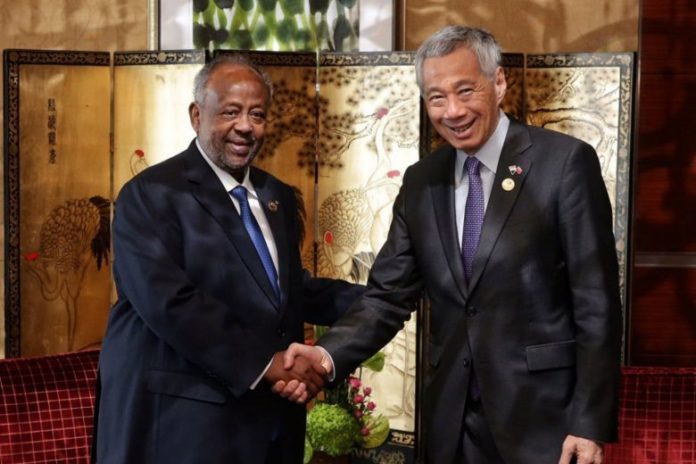 BEIJING – Singapore Prime Minister Lee Hsien Loong met President of the Republic of Djibouti Ismail Omar Guelleh on Sunday (April 28) on the sidelines of the Belt and Road Forum in Beijing.

Both leaders reaffirmed the friendly ties between the two countries and discussed potential cooperation in urban development, port and maritime development, logistics as well as digital economy, said the Prime Minister’s Office.

PM Lee is in Beijing to attend the second Belt and Belt Forum along with nearly 40 other heads of state and governments.

He is attending the opening ceremony of the Beijing horticultural expo on Sunday, where he will also tour the Singapore Pavilion designed by the National Parks Board.

On Monday, he will meet President Xi Jinping as well as Premier Li Keqiang. Singapore and China are expected to ink a few cooperation agreements.