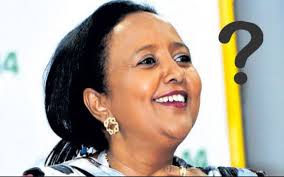 She is expected to replace the outgoing Roberto Azevedo. There are two candidates from Nigeria and Egypt who are also vying for the post.

The new DG is expected to mend ties with the US which has threatened to leave the WTO.

Azevedo is leaving WTO body after wrapping up two terms but this time is exiting before accomplishing his second term due to the grounds of personal reasons.

Amina previously served as Kenya’s ambassador to WTO in 2005.