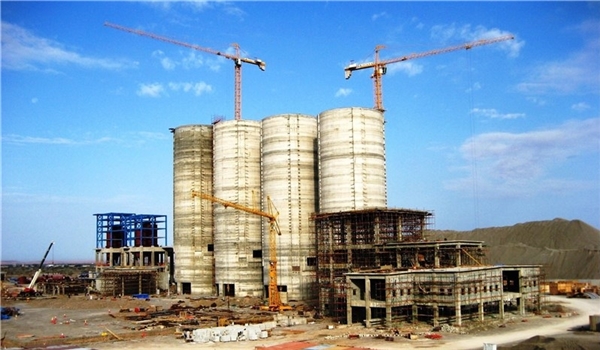 Head of Qeshm Free Zone Organization’s Maritime Transport and Port Affairs Pejman Bahrami announced that over 14,000 tons of cement will soon be exported from the Iranian island to Somalia.

“A 14,500-ton cargo of bagged cement produced in Qeshm will be exported to Somalia on a Tanzanian ship named AMINA-H via Kaveh dock,” Bahrami told reporters in Tehran on Wednesday.

He added that loading of the cement cargo started on Tuesday and will take 4 to 5 days.

Iranian factories have the capacity to produce over 80 million tons of cement and clinker per year.

Iranian officials have underlined the country’s capability to decrease dependence on oil revenues, stressing the US inability to reduce Iran’s crude sales.

“They thought that they can zero our oil exports and declared it but could they do it? They said that they wanted to zero down our oil exports in October but they could not. We passed the tests and challenges,” Iranian Parliament Speaker Ali Larijani said in an interview with the Arabic-language al-Mayadeen news channel in February.

He added that Iran which exported 4mln barrels of oil 40 years ago during Pahlavi era when its population was 30mln, but now exports 2mln barrels of crude daily with a population of 80 million.

“We have reduced dependence on oil revenues and it is one of the policies that we are pursuing,” Larijani said.